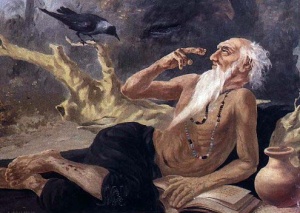 There are 134 Shabads (hymns) of Sheikh Farid incorporated in the Guru Granth Sahib. Many Sikh scholars ascribe them to Farid Shakarganj (1173 – 1265) of Pak Pattan, a disciple of the Sufi Qutbuddin Bakhtiyar Kaki. The tenth in succession to his post was Shaikh Brahm (Ibrahim), also known as Farid Sani or Farid the 2nd, and it is this Farid who Guru Nanak Dev met on two occasions.

Baba Farid is recognised as the first major poet of the Punjabi language and in recognition of his exalted status, the district of Faridkot in Punjab, northern India is named after him. Baba ji was a Muslim with a predominantly Sufi background.

Farid ji has been honoured by the Gurus of Sikhism and his verses were collected and subsequently compiled into the Sikh holy book, Guru Granth Sahib (normally referred to as Gurbani) under three different sections as detailed below:

The third section is by far the longest section comprising about 8 pages in Raag Jaijaiwanti starting at page 1377 of Guru Granth Sahib and ending at page 1384. The Bani starts with the line: " ਸਲੋਕ ਸੇਖ ਫਰੀਦ ਕੇ - Salok Sekẖ Farīḝ ke - Shaloks Of Shaykh Fareed Jee:" This section consists of couplets which have become very famous among the followers of Babaji.