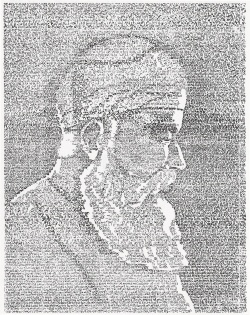 Japji Sahib is the first sacred composition found in the main Sikh holy scripture called the Guru Granth Sahib. It is a famous and concise summary of Sikh philosophy which was compiled by the founder of Sikhism and the first spiritual guide of the Sikhs known worldwide as Guru Nanak.

The composition consists of the Mool Mantar, an opening Salok or verse, a set of 38 Pauris or hymns and a final closing Salok. This Bani called Japji Sahib, appears at the very beginning of the Guru Granth Sahib from Page 1 to Page 8 in the Holy Book of the Sikhs Nay! of Humanity. It, the most important Bani or 'set of verses', and is lovingly recited by all Sikhs every morning. The word ‘Jap’ means to ‘recite’/‘to ‘chant’/'to stay focused onto'. ‘Ji’ is a word that is used to show respect as is the word ‘Sahib’. 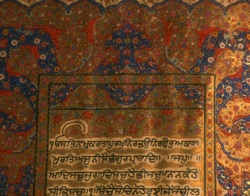 The Japji, and in particular the Mool Mantar, is a compilation which has freed humanity from thousands of years of superstition that had gripped their psyche of many common people. It is humanity's declaration of independence from soothsayers, yogis, priests, traditions etc whose validity had never been questioned. It is a direct communication between the human and His master; it opens and established the communication path for this direct and close link of humanity with spirituality. It is magical compilation which the Sikhs believe has not been equalled elsewhere. 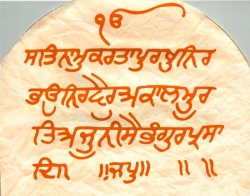