From SikhiWiki
(Redirected from Remembering God)
Jump to navigationJump to search 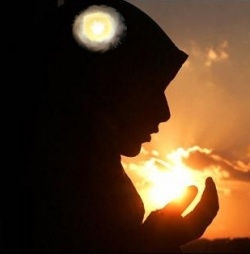 Naam is not the mere repetition of God's name. It is opposed to roop ("form") adopted by those indulging in idol worship. Naam here stands for attribute/s. It is a noun which describes the qualities of a person, thing, the Lord. We find many such forms in Mool Mantra. Naam Simran therefore is to concentrate on attributes of Waheguru and realize his grandeur and mercy. It leads to our realization of reality and its acceptance. Guru Granth Sahib further elaborates how realizing God's nature through the recital of his Name leads us to happiness and bliss, rather than being in the wilderness of idol worship or such other meaningless rituals.