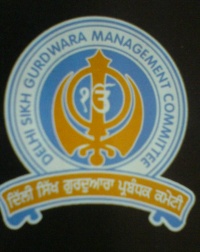 It was a by-product of the Akali campaign for the reformation of the management of gurdwaras in the Punjab. To wrest control of the holy shrines from the hands of a corrupt and effete priestly order, the Sikhs had set up on 15 November 1920 a body called the Shiromani Gurdwara Parbandhak Committee (SGPC), Amritsar.

In 1923, the SGPC took charge of all the historical gurdwaras in Delhi as well, and formed a committee of 11 members known as the Delhi Gurdwara Parbandhak Committee (DGPC) to manage them. The SGPC, however, continued to exercise powers of control and supervision over the affairs of DGPC. With the influx into Delhi after the partition of India in 1947 of a large number of Sikh immigrants from West Punjab, the situation changed and the authority of DGPC began to be challenged. Attempts were made to dispossess the committee functioning under the auspices of the SGPC. Litigation and use of physical force from both sides were tried.

In 1971, the Government of India entrusted the management, through an ordinance, to a five member Gurdwara Board. The ordinance was replaced by the Delhi Sikh Gurdwaras Act, 1971, passed by Parliament, providing for a committee to be elected by Sikh vote. Elections took place under the supervision of government authority and the new body called Delhi Sikh Gurdwaras Management Committee (DSGMC) came into existence in 1974. Under the provisions of the Act, the elections must take place every four years.

The DSGMC controls nine historic and five other gurdwaras in Delhi. The historic shrines are:

Purpose of the Act

The purpose of the 1971 Act, according to its preamble, is to provide for the proper management of the Sikh Gurdwaras and Gurdwara property in Delhi and for matters connected therewith. The main aims and objects of the Delhi Sikh Gurdwaras Management Committee established under the Act are:

(a) To manage the historic and other gurdwaras of Delhi in such a way as to make them inspiring centres of the Sikh tradition, Sikh culture and Sikh religion;

(b) To spread education, especially the knowledge of Punjabi language in Gurmukhi script; to maintain free kitchen (langar); to open free dispensaries and to perform other religious and charitable work;

(c) To render all help in the cause of the uplift and welfare of the Sikh community.

The Executive Board, which is elected by the Committee, consists of five office bearers president, senior vice president, junior vice president, general secretary and joint secretary and ten members. To be elected a member of the Committee, one should have attained the age of twenty five years, should be an amritdhari or baptized Sikh, should not trim his beard or shave his kes (hair), should not take alcoholic drinks, and should be able to read and write Gurmukhi.

The sources of income of the DSGMC are charhat (offerings to the Guru Granth Sahib), karahprasad (sacramental offering), donations for langar (free kitchen), paths (readings of Guru Granth Sahib), rent from property, and occasional individual donations. The principal sources of course are charhat and prasad which constitute nearly 80 per cent of the total income. Between 1956 and 1986, the income of the DSGMC increased from Rs 13 lakhs to about Rs 3.5 crores an year.

Delhi Sikh Gurdwara Management Committee comprises of 51 members, one member representing each of 46 wards; and five nominated members. It is governed by a Chairman and a President; as per Delhi Sikh Gurdwara Act of 1971. The term of DSGMC is four years, formed through elections conducted by Directorate of Gurdwara Elections of Delhi Government. Of over a million Sikhs living in Delhi, around 450,000 are registered voters for the DSGMC elections.