Superstitions - A black cat is consider unlucky in some cultures

The Sikh faith condemns empty rituals and superstitions. The practice of blind rituals, worshiping of idols and inanimate objects, participating in religious fasts, pilgrimage to holy places, offering of food to sadhus (religious leaders). Believing in any other such rituals, superstitions or fads, or other meaningless rituals will not bring one closer to God or make one a better human being.

In all societies round the world, through fear and uncertainty, members undertake in ritualistic and worthless behaviour at times of worry, uncertainty or trouble. These poor people wrongly believe that undertaking these empty customs and penances will bring them special assistance from Waheguru or some other higher power.

The reliance on these blind customs appears to increase at time of stress in human existence. For example, In 1989, Susan Starr Sered conducted fieldwork among women who had just had a baby on the maternity ward of a Jerusalem hospital. The women whom she interviewed reported having performed close to two hundred different religious and secular rituals during pregnancy, birth, and the immediate postpartum period. So, it is clear that ritualism has not faded but may be on the increase.

Superstition is an irrational belief arising from ignorance or doubt. Many people all around the world are gripped by various superstitions and they live their lives in fear and uncertainty. Most of these fears are irrational and superfluous but they still cannot unbind themselves from these evil and false notions. Some common and well-known examples of superstitions are:

However, the Guru Granth Sahib says "The mind is diseased with doubt, superstition, and duality."(SGGS p416) and also "High and low, social class and status - the world wanders, lost in superstition." (SGGS p1243). Superstition is like a disease for the mind. It brings confusion and fear and takes you away from reality. 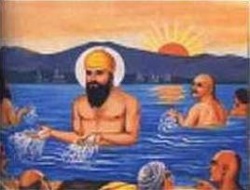 "I observe neither Hindu fasting nor the ritual of the Muslim Ramadan month; I serve the One, who at the last shall save. The Lord of the Universe of the Hindus, Gosain and Allah to me are One… I do not make pilgrimages to Mecca, nor do I worship at Hindu sacred shrines. I serve the One Lord, and not any other. I perform neither the Hindu worship nor the Muslim prayer. I have taken the One Formless Lord into my heart; and I humbly worship my Lord there. We neither are Hindus nor Muslims; our body and life belong to the One Supreme Being who alone is both Ram and Allah for us." (SGGS, 1136)

The above quote from the Sikh scripture makes reference to Hinduism and Islam, as they were the prevalent religions during that time, but this also helps clear the often-misperceived fact that Sikhism is an offshoot of Islam or Hinduism, instead of a distinct ideology and faith. Before the advent of Sikhism, many religions, due to the long passage of time, had become engrossed in worthless ritualism, sacrifice, and penance, which brought no spiritual enhancement or value to the life of the devotee. The Sikh Gurus spoke strongly against blind ritualism and misguided superstition. Guru Nanak, the first Sikh Guru, even when he was still a child spoke against valueless rituals.

When Nanak was only nine years old, his father, Mehta Kalu, determined to have him invested with the Janoy or janeu, or "sacrificial thread of the Hindus". This ritual was commonly performed by all males of Hindu families. Until a boy is so invested, he is deemed an outcaste. When the members and relations of the Nanak family, and all the neighbours, secular and religious people, had assembled, and all preliminary rites had been duly performed, Hardial, the family priest, proceeded to put the sacred thread on Nanak's neck. The boy caught the thread with his hand and asked the priest what he was doing, and what advantage it was to put a thread of that description on him. The priest then explained that the janoy was the basis of the Hindu religion, that without it the boy would only be a Shudra (an untouchable or outcaste), and that by putting it on greatness should be obtained in this world and happiness in the next.

Young Guru Nanak disagreed with the Brahmin priest and declined to wear the cotton thread. He reminded the priest what qualities a person should attempt to master:

In addition to this, the Sikh Gurus spoke against other empty ritualistic practices of their time. The spoke against idol-worship or belief in gods and goddesses; astrology and fortune telling; tantra, mantra and yantra; hattha yoga and maceration of body; pilgrimages and the notions of good and bad days, places and omens; dress or deity. They also decried other negative practises like: dishonesty, slander, falsehood, alcoholism and drug addictions, breach of faith, and violence. The Gurus disapproved of renunciation of the world and sanctified the life of the householder.

The Situation before Guru Nanak 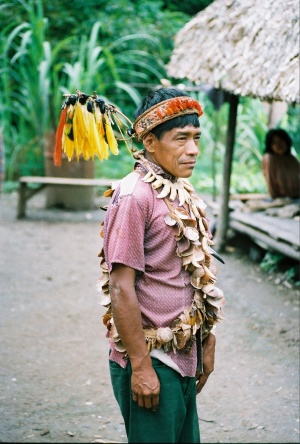 Before the arrival of Guru Nanak, the situation in South-East Asia was bleak and oppressive and in keeping with the practice to be found elsewhere on the Globe. Inequality, oppression, torture, abuse, corruption, idol worship, and blind ritualism composed the thread of society. The majority of people comprised of lower castes, mainly consisting of peasants, labourers, and servants. These accounted for more than seventy to eighty percent of the population and were labelled Sudars. Most of their day was spent working extremely hard and long hours, just to be able to eat and provide crumbs for their families. Many of these outcastes were literally owned by the upper caste (Khatris and Brahmins) and were severely maltreated by their masters.

Child labor and abuse, along with physical, verbal and sexual abuse towards the majority of the population were quite common and were generally tolerated and accepted by society. The Sudars along with women were thought of as impure, polluted, and the equivalent of animals. They were not allowed to participate in any sort of "religious" ceremony or ritual performed by the Brahmin priest. They had no access to the Sanskrit language and were not allowed any sort of education as they were thought incapable of being educated. Equally, they had no desire to demand equality and had accepted their subservient status as a law of Nature.

Guru Nanak very quickly started to question these prevalent practices and recited many Shabads (hymns) preaching his message against inequality, oppression, abuse, corruption, idol worship, and blind ritualism. He instilled in the masses the need to live a life of righteousness; to respect the rights of others; the need for equality and the respect for the values of all life; to back away from rituals; to only worship and remember one God; to respect and protect God's entire creation; etc.

He said clearly that:

God could not be found through ritualistic actions. By "feeding" images of God; by taking cleansing baths in holy places, God could not be won over. The only way to reach God was by remembering him through reciting His Naam and living a life of righteousness and pure actions.

Rituals in the Modern Era

The following a passage from a researcher, Göran Viktor Ståhle, Uppsala University, Sweden. "The essential material for my study is ethnographic data that I have collected among low caste communities in West Bengal, mostly in the metropolitan city of Calcutta. The majority of my informants were shaktas, namely worshippers of the Mahadevi, the Great Goddess and her various images. ….. According to my notion, in the Hindu tradition people usually perform rituals in hope of reciprocity. In the course of the ritual performance, the votary offers material gifts, usually food, flowers and money, as well as intellectual gifts, vows or resolves to satisfy the deity and to achieve particular objectives. As a response, and as an exchange of her gifts, the votive expects her wishes and prayers to be realized". So the tradition of rituals to appease various deities still continues in India and also the rest of the world.

The following are practices that are not accepted as conforming to Sikh ethics:

He may practice spiritual wisdom, meditation, pilgrimages to sacred shrines and ritual cleansing baths. He may cook his own food, and never touch anyone else's; he may live in the wilderness like a hermit. But if he does not enshrine love for the Lord's Name within his heart, then everything he does is transitory. Even an untouchable pariah is superior to him, O Nanak, if the Lord of the World abides in his mind. ||16|| page 253

The ritual sacrifice of horses, giving one's weight in gold to charities, and ceremonial cleansing baths -||1|| These are not equal to singing the Praises of the Lord's Name. Meditate on your Lord, you lazy man! ||1||Pause|| page 873