From SikhiWiki
(Redirected from Greed)
Jump to navigationJump to search 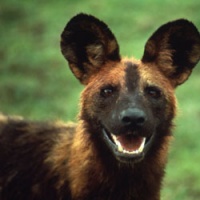 Greed is a dog; falsehood is a scavenger; Cheating is...Guru Nanak

Lobh is a Gurmukhi and Punjabi word which translates into English as greed, temptation or avarice. Sikhi tells us that it is one of five evils found within most human beings.

The five evils or five thieves or panch doot (five demons) or panj vikar (five sins) as they are referred to in the Sikh Scripture, Guru Granth Sahib, are according to Sikhi, the five major weaknesses of the human personality at variance with its spiritual essence. These are the five traits that bring misery and pain the our lives; the Guru Granth Sahib asks us to overcome these internal demons and clasp the virtues of the "Super soul".

The common evils found in mankind far exceed this number, but a group of five of them came to be identified because of the major obstruction they are believed to cause to man's pursuit of the moral and spiritual path. The other four evils in the group of five are:

Together these five are the ones that need to eradicated from our persona so that we can live a life without the pain and misery that results from the company of these five vices.

What is greed or Lobh?

According to Sikhi, Lobh or greed is the intense desire to possess material items like money, goods, gadgets, properties, cars, jewellery, etc to an extent that is far beyond ones real needs and requirements. A Loby (a person subject to lobh) is the result of a foolish and feeble mind; is happy just thinking about his or her wealth; will continuously be occupied in this desire to possess material items.

A desire to acquire possessions far in access to ones basis needs is called Lobh. A strong and uncontrollable desire for worldly goods and a constant or recurring focus on possessing material items, especially the urge to possess the things that rightfully belongs to others. It makes an individual selfish and self-centred. It takes a person away from peace; from his or her religious, moral and social duties. A person can become blind with greed if an effort to control the desire for unlimited worldly possessions is not extinguished.

An unstoppable desire to gain wealth, possessions, assets, or other material things; especially when there is no need for there items; the desire to own items purely because others own them; the desire to own material items that belong to others - are all examples of greed and Lobh.

Sikhs do not believe that it is wrong to enjoy the good things in life, to be wealthy or to be admired by others. The Gurus taught that human beings should make the most of everything that God has given. However, if a person’s actions and thoughts are predominantly focused on possessing material things in life he or she can no longer focus on God then they are moving further and further from liberation and Mukti.

How do you extinguish greed (lobh)

The Sikh scripture give direction and guidance on the ways of extinguishing evils of all kinds, including greed. It is acknowledged that the five evils afflict all beings in the world and that it is difficult to control them. Yet the possibility of conquering them is not ruled out in the theological framework of Sikhism; the moral training of a Sikh is in fact directed towards controlling the senses and eradicating the evils.

The seeker of liberation has first to liberate himself from the yoke of the pentad (group of five). No headway can be made towards God-realization without discarding the cardinal evils. Kabir says, "He alone cherishes the Lord's feet who is rid of desire, wrath, greed and attachment — kamu krodhu lobhu mohu bibarjit haripadu chinai soi" (SGGS p1123).

The fifth master, Guru Arjan, in Raag Asa gives us a solution to overcome the clutches of these five demons thus:

Bhagti: Loving devotion (bhagati, bhakti) to God is, according to Sikhi the way to ultimate release. One can love God only when one has annihilated self-love or ego; this means that the devotee must be humble and surrender himself fully unto God. The Gurus stress the necessity of taking refuge in God. To this end, one must first renounce pride ("maan"). Constant awareness of God (simran) is the panacea for all ills. He who enshrines the Lord's lotus feet in his heart destroys sins of many existences.

Devotion to God eradicates the evils in an instant and purifies the body (GG, 245). The destruction of evils may be viewed both as a cause and consequence of the practice of nam simran. Awareness of God's presence comes only when lust, wrath, avarice, attachment and egoity have departed from the devotee; when the devotee lives in constant awareness of God, the evils touch him not. Such a person is unaffected by pleasure and pain, for he has freed himself from evils such as lobh, moh and abhiman. Guru Tegh Bahadur describes such a sage as one liberated while still alive and calls him an image of God on earth (GG, I426-27).

Satsang: The second way of overcoming lobh (greed) and other evils is to keep the company of the saints (sant, sadh) who radiate virtuous and spiritual qualities. One kills lust, wrath, greed and other depravities of the evil age (kalijug) by taking refuge in the sangat, the holy congregation. It is by discarding the most powerful of evils, egotism, that one can get admission to this sacred society. "Egotism ceases as one takes to the company of the holy" (GG, 271).

Follow the Guru: The third method of overcoming the evil of lobh (greed) is to submit oneself to the instruction of the spiritual teacher (or Guru). He who would overcome the five evils must follow his teaching. The wisdom obtained from the preceptor is like a swift sword (kharagu karara) which cuts through confusion, infatuation, avarice and egoity (GG, 1087). One celebrates God's virtues through the favour of the sage (sant prasadi) and destroys lust, anger and insanity born of egoism (unmad).

In Guru Nanak's Sidh Gosht (part of the Gurbani in the Guru Granth Sahib), it is stated that without the spiritual teacher one's efforts bear no fruit. The importance of living up to the instruction of the holy preceptor can be judged from the concept of the 'Guru-oriented person' (gurmukh) so central to the Sikh moral system. A gurmukh is one who has turned his face towards the Guru, that is to say, a person who by practising what the Guru teaches has freed himself from the depravities and lives in the Divine presence. He achieves this position by conquering the evils under the guidance of the Guru and ever remains in tune with the Supreme Reality.

The following Shabads from Gurbani clarify the negativity of this cardinal vice:

Greed as defined on the net