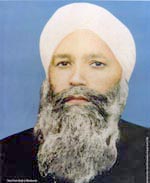 Sant Baba Prem Singh (1882 - 1950) was an important social, political and religious leader who was also a visionary and a social reformer. Sant Prem Singh proudly preached Sikhism, promoted Amrit Sanchaar. He also played an important role in revitalizing the Lobana community. He always stressed the importance of education and opened many educational institutes for this purpose. He was greatly respected in the Sikh community.

Born in 1882 at Khori Dunna Singh, a village in Gujrat district, of Punjab in house of Sardar Vasva Singh and Mata Nihal Kaur, a very devout Sikh Couple of Lobana tribe. His mother died when he was very young. His father married again, but his step mother, as often happens, didn't give him the attention and love that his birth mother had, his step mother would say eat what I am giving you or else i will take it a away, she would give him behi rotis. Fortunately his grandfather Sardar Arun Singh gave him good parvarish. When Baba ji was 15 years of age his grandfather also died. Sardar Beer singh, a neighbour, helped this child a lot. One day a cloth seller passing through the village, Sardar Ram Singh of bura vali village (the villages had no means of public transportation in those days so clothes sellers would travel village to village on bicycles) let it be know that he was looking for some helpers. Hearing this, Beer Singh told him of Prem Singh, who was soon working with Ram Singh selling cloth.

It was at Dera Murala Sahib that he began his spiritual path where he had learned Panjabi and Kirtan and came to admire the roohani sakhshiyat (Spiritual Personality) of Baba Bishen Singh. Sant prem singh had faith in nishkaam sewa (Selfless Service), nitnemi jeewan (Life includes Nitnem) and leen in gurushabad (absorbed in guru's words). In 1908 he was nominated as the new Sant of the Dera by Baba Bishan Singh Muralewale, but others remember the date as 1905, saying it was two years later, in 1907, that Baba bishen Singh left for his heavenly abode. Whichever date is correct, Sant Baba Prem Singh ji increased his already keen interest in the community, as he worked for the dera and even aided in the construction of a new building and langar.

Sant Baba Prem Singh's main motive was to do amrit sanchaar. In 1911 - 1912 he started this great work from his village khori duna singh and other villages in district gujrat. In 1921, he constructed a Sikhi Bunga in Nankana Sahib. In 1945 he became a MLA (Member of the Legislative Assembly) and went to Uttar Pradesh, Madhya Pardesh, Pilibheet and Hazur Sahib and did amrit sanchaar. 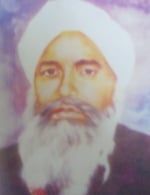 Sant Prem Singh preached Sikhism enthusically and remained a member of the Shiromani Gurdwara Parbandhak Committee from 1926 to 1950. He also became a member of its executive committee in 1948.

In 1937 he became the MLA of gujrat district then sargodha district. Sant Prem Singh was an active Lobana participant in the Akali Movement. He sent a Jatha of 25 Sikhs for the Morcha under Giani Chet Singh. He campaigned for the membership of Legislative Assembly and was elected twice, in 1937 and then in 1946. He remained its member upto his death in 1950.The important religious issues like theft of Siri Guru Granth Sahib from village Agroa, tahsil Phalia, district Gujrat and setting fire to the Gurudwara of village Dhok Nawan Loks district Gujrat were raised by him in the Punjab Legislative Assembly in 1937.

He preached Sikhism enthusiastically. He got constructed many gurudwaras in the villages inhabited by the Sikh Lubanas. He also got constructed two bungas at Nankana Sahib and Baba Bakala. He was nominated as a member of Parchar Sub Committee of the Chief Khalsa Diwan on 30th April 1922. he remained the member of Shiromani Gurudwara Parbandak Committee from 1926 to 1950. he also became a member of its executive committee firstly in 1937 A.D. and secondly in 1948 A.D.

He was a prominent leader of Vihar Sudhar Movement.

Baba Jee was a Sikh who was, as all Sikhs are susposed to be, against caste-ism. He did amrit sanchar among the Ramdasiya and the Megh communities and tell them the updesh of brotherhood in sikhism. In 1927, he insisted that the SGPC pass the Jaat Paat Torhu Mata (the Resolution against Casteism). The Gurus condemned casteism, during the very first Khande di pahul when Guru Gobind Singh 'baptised' the first Panj Pyares, five Sikhs of differing castes drank out of the same cup, yet even today Casteism still exists.

A Champion of Education

He championed the education of children opening many educational institutes.

He regarded education as the best means of upward social mobility. Many schools were started under his guidance.

Sant Prem Singh preached Sikhism enthusiastically and remained a member of the Shiromani Gurdwara Parbandak Committee 'til his death.