From SikhiWiki
(Redirected from Gurudwara Nanakmata)
Jump to navigationJump to search 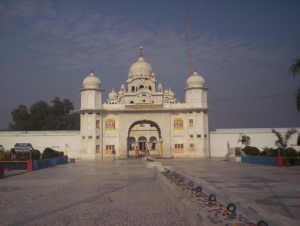 Gurdwara Nanak Mata is a historical Sikh shrine in a town also named Nanak Mata (often pronounced Matta) in district Udham Singh Nagar, Uttarakhand northern India. Uttarakhand borders Tibet to the north, Nepal to the east, and the states of Himachal Pradesh and Uttar Pradesh in the west and south respectively. The provisional capital of Uttarakhand is Dehradun which is also a rail-head and the largest city in the region.

The town is associated with Guru Nanak Dev and Guru Hargobind. It is situated on the bank of Deoha stream, which has since been dammed into a reservoir named Nanak Sagar. The Gurdwara is located 15 kilometres west of Khatima Railway Station on the Pilibhit-Tanakpur metre-gauge section of North-Eastern Railway. The holy shrine is near the town of Sitarganj.

Gurdwara Sri Nanak Mata Sahib is associated with the first Guru, Guru Nanak Dev ji who went there during his third Udasi in 1514 A.D. At that time, Gurdwara Sri Nanak Mata Sahib was the abode of the devotees of Guru Gorakhnath and it was called "Gorakhmata". The yogis who lived there did not want the local people to become learned enough to challenge his superiority. Therefore, by using their occult power, they successfully exploited the poor people and obtain advantage due to their ignorance.

Guru Nanak Dev ji sat near the present location of the Gurdwara meditating under a pipal tree (Sacred fig or Ficus religiosa tree). The yogis were surprised to see him there as this place was quite inaccessible, especially during the winter months. The weather being cold, Bhai Mardana asked the yogis for some fire. However, they refused to help Bhai Mardana. The yogis, instead, taunted him and told him that he should go and ask his Guru who was with him. 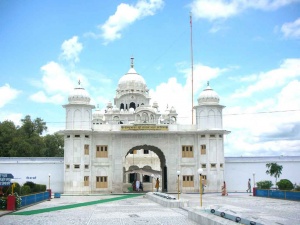 At this, Guru Nanak Dev ji looked at a pile of firewood nearby and it instantly ignited. Bhai Mardana was thus able to keep warm and enjoy the fire. Suddenly, the weather changed for the worse and it began to rain. As a result, the fires lit by the yogis were extinguished but the one lit by Guru ji was not affected at all. The yogis realized their mistake and fell at the feet of the Guru. The next morning, they all gathered together and came to Guru ji for a religious discussion. They again used their occult powers and tried to lift the pipal tree under which Guru ji was sitting out of the ground. When the tree had risen by a few feet, Guru ji simply placed his hand on it and it stopped rising. The same tree can be seen in the Gurdwara compound. Guru ji explained to the yogis the path of true meditation and salvation. The yogis learnt from the Guru and gained valuable knowledge ("Matt"). This place then came to be known as "Nanak Mata" and became a major centre of the Udasi sect.

As explained earlier, this place used to be retreat of Gorakhpanthi Nath Yogis and was called Gorakh Mata before Guru Nanak Dev came here during his travels in early sixteenth century. The Yogis at first behaved contemptuously towards the Guru and tried to overawe him with their occult powers. But as he remained undaunted and unaffected by their rudeness and miracle-making, they agreed to talk to him. Guru Nanak Dev impressed upon them the impropriety and unrighteousness of their path of renunciation, and exhorted them to live a pious yet active life of a God-oriented man of the world.

A century later, when Bhai Almast came to preach the message of the Gurus in the eastern provinces, he found Nanak Mata again occupied by Nath Yogis. Finding himself unable to evict them, he sent word for help to Guru Hargobind, who was then residing at Darauli Bhai. The Guru at once reached Nanak Mata, chastised the Yogis and revived the Sikh shrine. Bhai Almast made Nanak Mata his principal preaching centre for the rest of his life, and it continued to be served by Udasi priests after his death. 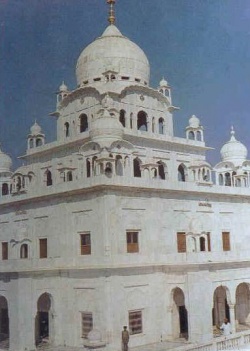 Nawab Asaf-ud-Daula of Lucknow once visited this sacred place and made a large endowment in land with an annual rental value of Rs.5000. An official document Wajab-ul-Arz Parganah Nanak Mata, dated 1314 Fasali (A.D. 1906-07) contains a provision under which every tenant while paying rent was also to pay one rupee for the mahant of the shrine. The economic prosperity brought in mutual rivalry among the priests. There was litigation entered into by Mahant Amar Das and his disciple Harnam Das. Taking advantage of this, third person Chaudhari Ram Singh occupied the shrine and its property.

The management of the shrine deteriorated. Some local devotees brought the matter to the notice of the Shiromani Gurdwara Parbandhak Committee and the Chief Khalsa Diwan, besides addressing complaints to the Deputy Commissioner of the district and the provincial governor. A Panthic convention was held on 26th and 27th August 1933 and Gurdwara Nanak Mata Sudhar Committee was formed under the chairmanship of Sardar Santokh Singh, Chief Engineer Pilibhit with Inderjit Singh and Balwant Singh of Kathgodam, Ram Singh of Bareilly and Sardar Bahadur Bhagat Singh as members. The matter was taken to the court and it having been decided, on 20th August 1935, in favour of the committee, it took over possession from the Receiver, appointed earlier by the Court, on 19th September 1935.

A 100 room sarai (bedroom complex), Guru Hargobind Niwas, has been constructed within the gurdwara premises. Of these, 50 rooms have attached bathrooms. Additionally, a government-run rest house, the Kumaon Vikas Nigam Rest House, is also located nearby.

Before 1937, this gurdwara was maintained by mahants. A small gurdwara was constructed by the local people. The land for the gurdwara was donated by Nawab Mehndi Ali Khan. Karsewa began in 1975. The gurdwara building is magnificent and has marble all over. There are vast open spaces all around and it is all available for future expansion. The complex consists of the main hall, the langar hall, the parikarama, the sarai, offices, etc. A second gurdwara, Gurdwara Patshahi Sixth, is also present here. The pipal tree under which Guru Nanak Dev ji sat can also be seen between the main building and Gurdwara Patshahi Sixth.

About 140 km from this shrine is another famous spot called Gurdwara Retha Sahib. When Guru Nanak along with companion Mardana visited this place, he took rest under a Soapnut (Retha) tree. Mardana felt hungry. Guruji asked him to pluck and eat the fruit from the soapnut tree. Soapnuts are bitter in taste but there on that particular branch they are sweet even today. Pilgrims bring a soapnut or two as parshad. 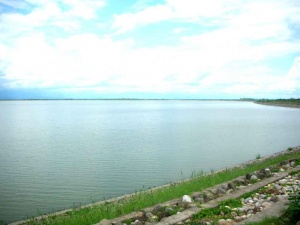