From SikhiWiki
(Redirected from Brahmins)
Jump to navigationJump to search 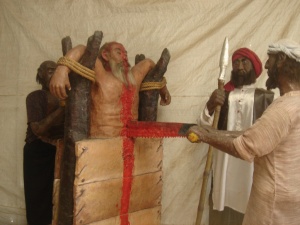 In Sikh philosophy, a Brahmin is a person who contemplates on Brahm - The Inner Soul. Thus in Sikh tradition, Bhagat Ravidas Ji, Bhagat Kabir Ji, Guru Nanak Dev Ji, the Bhagats, the Gurus, and Gursikhs all are considered Brahmins. The term can be used interchangeably with Gurmukh. Following are few quotes which focus on the actual meaning of Brahmin in Gurmat philosophy:

The Varna System so prevalent in Hindu society that cements ones place in society, dictating superiority or inferiority solely on the basis of Birth, plays no part in Sikh Philosophy.

A majority of people born as Brahmins in india consider themselves superiors then other Varnas. They have even controlled all places of worship and control every ritual. These brahmins have created an unequal society and have even tried to keep other varnas from gaining access to Spiritual wisdom. Such brahmin is equivalent to Saakat. For such brahmins many lines comes in Adi Granth:

But there were those who, though born to Brahmin Varna, men who contemplated on brahm, accepting Sikh faith and Gurmat philosophy. These men have also contributed a lot to Sikh faith, a partial list: 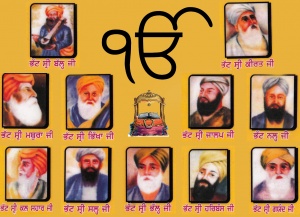 Bhatts, Born as Brahmin, whose hymns are present in Adi Granth Sahib
Retrieved from "https://www.sikhiwiki.org/index.php?title=Brahmins_in_Sikhism&oldid=115932"
Category: