Banga is a town and a Municipal council in Nawanshahr (now Shaheed Bhagat Singh district) in the state of Punjab, India. It is located on the Punjab Plain to the east of this state. Its population was 10,212 in 1961, and 11,885 in 1971. Now it has a population of about 20,000 and is classified as a Class 2 Municipality.

Banga is located at (31.19°N 75.99°E). It has an average elevation of 237 & nbsp;metres (778 feet). The town is situated at approximately 325 km from New Delhi, 120 km from Amritsar and 1400 km from Mumbai. It is in the North-West part of India; a few hundred kilometres south of Kashmir and to the west of the Himalayan foothills of Punjab and Himachal Pradesh. On a clear day, the snow clad peaks of the Dhauladhar range are visible on the distant horizon. The Banga Railway station is located on the Jalandhar City/Jaijon Doaba Line of the Northern Railway at 13 km from Nawanshahar and 44 km from Jalandhar. It is also linked by road with Nawanshahar on one side and with Phagwara on the GT Road on the other side. It is located on the main Amritsar/Chandigarh and Amritsar/Anandpur Sahib route. 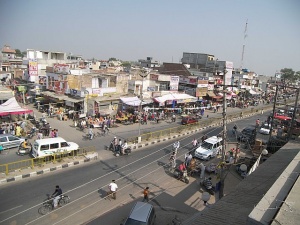 A View of Main Road Banga 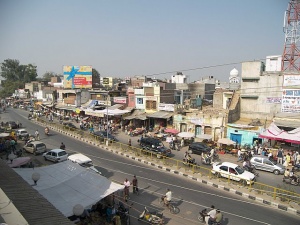 Another View of Main Road Banga

Banga and the nearby village of Heon was the seat of Parmar rajputs who have there Jathere here. Many who lived in Banga proper and in the nearby fortress of Heon were converted to Islam, as were other rajputs in surrounding principalities like Gunachaur and Rahon. The remaining Parmars sought refuge in the riverine area of Choes north of Banga across the bein river where they are still found in twelve villages such as Binjon, Panjour, Baddon etc. it was dominated by a community called tah's in the mid 19 century.