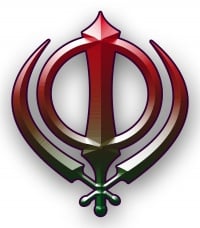 The word "Sikhism" is derived from "Sikh", which is a Punjabi word that means a "dedicated" and "devoted" disciple or student. It is estimated that there are about 25 million Sikhs worldwide, making Sikhism or Sikhi, the 5th largest religion in the world.

Of these 25 million Sikhs, approximately 20 million Sikhs live in India, primarily in the state of Punjab in the north west part of the sub-continent. Outside the Punjab, large populations of Sikhs can also be found in the United Kingdom, Canada, and the United States. Sikhs are a significant minority in Malaysia, Singapore and Australia. In most of the foreign countries, they have faced hardships because of their appearance but are respected for their hard work and skills.

Sikhism was founded by Guru Nanak, who was born in 1469. Nine other Gurus followed him from 1539 to 1708. The Gurus preached the same message to all the peoples of the world. They urged people of all religions or of no religion to work together in friendship. The taught that religion was a way to unite people of diverse backgrounds in the knowledge that we are all children of the same one Almighty God, the Creator, Sustainer and Destroyer. 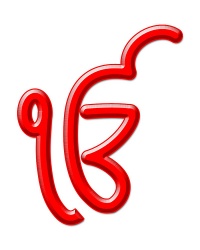 That same one God is the master of this diversity and plurality that we see around us. The Gurus particularly regretted the antagonism between the two main religious of that region - Hindus and Muslims. Instead of working towards the one God, the proponents were working against each other in complete disregard of the central tenets and basic ideology of their own faiths. Guru Nanak's most famous saying is, "There is no Hindu, there is no Muslim - whose path shall I follow? I shall follow the path of God."

The most easily observable Sikh practices are the wearing of the turban and the Five Ks. Gurdwaras, the "Sikh church" is central to Sikhs and can be found widely in western countries where the Sikhs form local vibrant communities. The Sikhs pray regularly and meditate by repeating God's name. They live as householders, in a family environment - this is central to the Sikh faith. A Sikh's aim is to live a balanced life of work, worship and charity. Community involvement is encouraged and Sewa or "service to the community" is vital to Sikhs.