The Nanakshahi (Punjabi: ਨਾਨਕਸ਼ਾਹੀ, nĝnakashĝhī) calendar is a tropical solar calendar that was adopted by the Shiromani Gurdwara Prabhandak Committee to determine the dates for important Sikh events.[1] It was designed by Pal Singh Purewal to replace the Saka calendar and has been in use since 1998. Since 1998, amongst the critics, no-one has come forward with suggestions of specific changes, other than to suggest that the Sikhs should revert back to the Vikrami calendar. The epoch of this calendar is the birth of the first Sikh Guru, Nanak Dev in 1469. The Nanakshahi New Year's Day falls annually on what is March 14 in the Gregorian calendar Western calendar.[1]

The following table gives the Nanakshahi calendar year and its translation to the Western calendar:

Popularity of the calendar

The calendar is accepted in about 90% of the gurdwaras throughout the world. There is some controversy about the acceptance of the calendar among certain orthodox sectors of the Sikh world. Some orthodox organizations and factions have not accepted it including many orders dating from the time of the Gurus such as Damdami Taksal, Buddha Dal Nihungs, Takhats etc.

Features of the new calendar 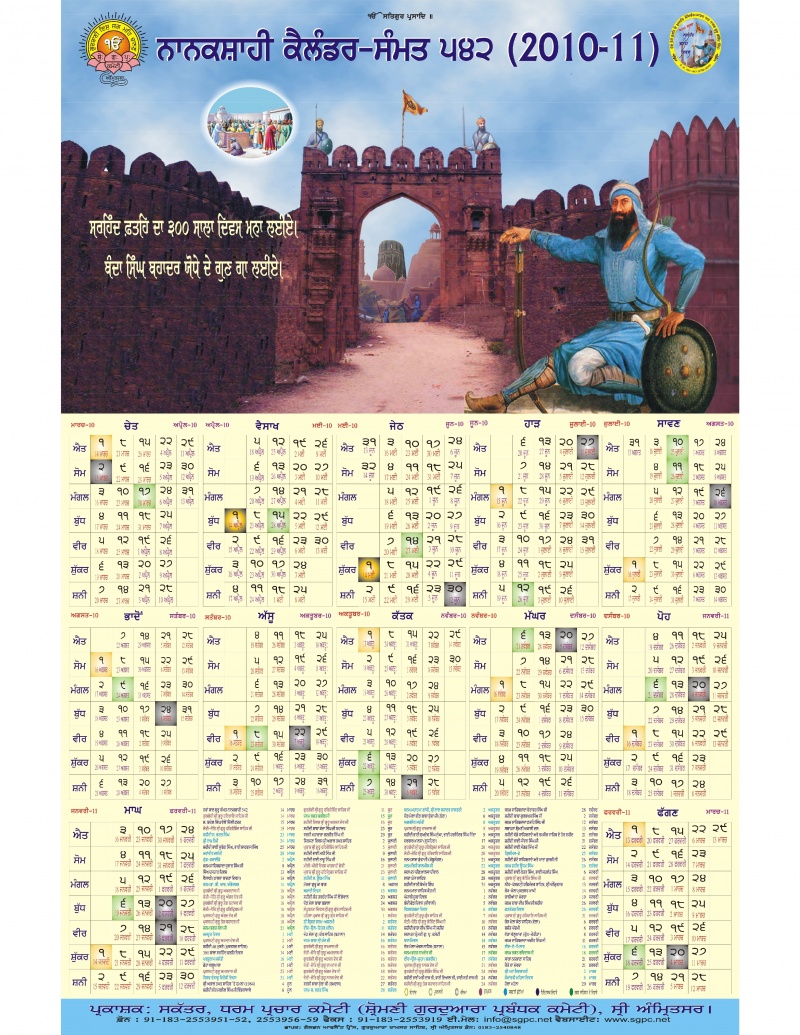