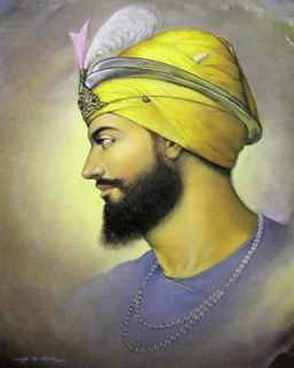 The Damdami Taksal is the travelling Sikh university, which was founded by Guru Gobind Singh Jee to impart knowledge of Gurmat onto Sikhs. It has had an unbroken lineage of Jathedars who have led the Taksal throughout Sikh history.

The first and foremost function of the Taksal is to educate Sikhs, to teach them the correct pronounciations of Gurbani, to do Katha and Kirtan. This is done by getting students to undergo rigorous studies, meditations and seva, thus a wholesome Sikh lifestyle is developed and maintained.

The Taksal has always been a key strategic player in the activities of the Sikh Nation. Baba Deep Singh its first Jathedar fell fighting in defense of the Harmandir Sahib where his severed head landed their is now a shrine to his Martyrdom. Baba Gurbaksh Singh the second Jathedar of the Taksal also chose to die in defense of the Harimander Sahib, he and his party of 'Bridegrooms' fell only after taking many more time their number of the Afgaani attackers.Baba Gurbaksh Singh was beheaded only as he lay dying after being drained of blood from many arrows, spear and sword wounds, it was soon after his death that the Afgans lost their hold on Punjab as they were driven back across the mountain passes by the Sikh Kingdom of Maharaja Ranjit Singh and the Khalsa Army.

The sixth Jatheder, Giani Bhai Sant Singh was the Head Granthi of Sri Harimander Sahib and a close aid of Maharaja Ranjit Singh. The famous Sikh Historian Bhai Santokh Singh (author of Suraj Parkash) was also a student of the Giani Bhai Sant Singh Jee. During the British Raj Sant Sundar Singh played a considerable role in the Gurdwara Reform Movement, by participating in the peaceful demonstrations.

Sant Gurbachan Singh did the complete katha of Sri Guru Granth Sahib many times and today we find that a lot of his students are Granthis at Sri Harimander Sahib and many of them held positions of esteem and were Jathedars of the Takhats. Sant Kartar Singh started the movement against the anti-Sikh Nirankari Movement and Sant Jarnail Singh who like the earlier Jathedars of the Damdami Taksal chose to fall as a Martyr, among many others, defending the Harmandar Sahib in 1984. His death was denied by the Taksal for more than 20 years, hence Baba Takhar Singh Jee, would only refer to himself as the acting Jathedar of the Taksal. His respect for Sant Jarnail Singh ji whose light shone so brightly in so many hearts after his death most likely played no small part in his decision to choose to call himself the Acting Jathedar. Never the less he blessed many Sikhs with the knowledge of Gurmat and under his leadership the Taksal produced many Giani’s, Kirtani’s and Pathis. Even today you will find that many Granthis & Jathedars of Takhats & famous Historical Gurdwaras have been educated by the Taksal. The Taksal aims to live up to it’s motto which was uttered by Guru Nanak Dev in Japji Sahib.