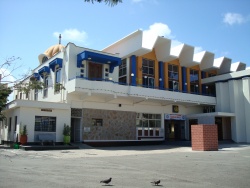 The history of the Sikhs in East Africa begins with the building of the railways in about 1890. The pioneers who were brought over from India to build the old Uganda Railways were skilled workmen - carpenters, blacksmiths and masons. They were quick to adept to the specialised requirements of their new surroundings and many became fitters, turners and boiler-makers.

These early Sikhs were soon joined by their educated brothers. Eventually, there was no department within the pioneering Railway industry without Sikhs. A number of policemen, ranging from inspectors to constables, were also sent from India to become the vital instrument of maintaining law and order. They remained in the country for several years.

Many, but not all, of the original Sikh pioneers returned to India to be replaced and augmented by others who came of their own choice. Their skills and industry were always in great demand. The Sikhs penetrated into every nook and corner of East Africa to erect the buildings and to build the roads; to undertake general maintenance work on the farms; to serve in the offices and to assume charge of the hospitals.

As Sikhs began to settle in their adopted country a sense of community was imbued by the building of Gurdwaras in all areas of the country where there was a significant number of Sikhs. As the community prospered bigger and better Gurdwaras were built; many of the important shrines also began building schools to educate the young. As the community prospered it turned its attention to its youth and in turn several Khalsa schools were built to aid the education process of the budding community.

For nearly a century Sikhs have lived in this country with a unique mix of cultures and in that time Sikhs have increasingly turned their attention to the needs of the wider community and their role as citizens of the country. To that end, they have heeded Guru Nanak's call for service and are at the forefront of providing support to community organisations.

Of the many Gurdwaras built in East Africa, the following are the most prominent: 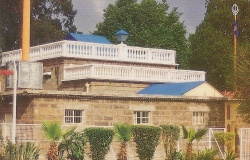 The history of Sikhs in Kenya’s Rift Valley and its largest town, Nakuru, is long and distinguished. In the early years many worked for the railway, the biggest employer, while others were employed by the Government Public Works Department and by the many European farmers who had settled in the areas towns – notably Elburgon, Gilgil, Londiani, Mau, Narok, Molo Naivasha, Thompson’s Falls and Subukia.

When people migrate from one geographical region to another they generally carry with them their cultural and religious values and beliefs. The Nakuru Sikhs were no exception and the fact was recognized in 1903 by the railway authorities who allocated a plot, north of the Nakuru marshalling yards, for the construction of a Gurdwara. As in other cases, most of the early Gurdwara’s in Kenya were built along the route of the railway.

The first Nakuru Gurdwara soon became a center for regular diwans (assemblies) and for celebrating Gurpurabs (a festive, special occasion) attended by Sikhs from all over the Rift Valley. .....More

The foundation stone of the Gurdwara was laid by Sardar Kishen Singh in the year 1909. The building took more than a year to complete and the opening ceremony was performed by Baba Bishen Singh in 1911. There were only about one hundred Sikhs in Nairobi in those days, but what a magnificent Gurdwara did they build!

The main hall was 36ft. long by 32ft. broad with a ten feet wide verandah all around it. About ten rooms were also built to cater for the traveler’s and the granthi (priest). The interior of the Gurdwara was artistically decorated. There was a massive entrance gate surmounted by a lion sculpture in stone.

The glory of the Gurdwara was a huge bronze central dome which for many years was a landmark and showpiece in Nairobi. The opening was a day of rejoicing and the Sikhs traveled from Mombasa, Nakuru, Kisumu and other towns for this historic occasion. .....More 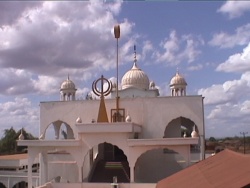 Today, all types of people visit this Gurdwara everyday and it is a 'must-see' Gurdwara for any Sikh travelling to Kenya and East Africa. It provides a peaceful atmosphere where one can meditate and calm ones mind before proceeding to join the "rat-race" again. The Gurdwara complex is very large and has facilities for langar around the clock and living accommodation for travellers.

Set in the forest off the main road, the Makindu Gurdwara is the only convenient rest stop for weary motorists on this busy and long road to and from Mombasa. So the Sikh community of Kenya have done something special.

They have built a beautiful edifice and campus where anyone of any religion or of no religion can withdraw from the mundane and reflect on the spiritual. This large complex houses a huge dining facility which provides free langar 24 hours a day as determined by their founder Guru, Guru Nanak Dev. .....More 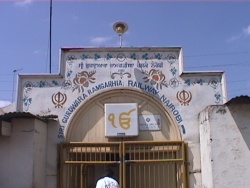 This is the oldest Sikh Temples in Nairobi which was built by the Sikh employees of Kenya Railways in 1903. The site on Factory Street, was allocated by Railway Authorities. The construction was done voluntarily by these employees during their free time.

The Gurudwara which consisted of single hall had walls and roof made of corrugated iron sheets. As the number of employees increased it became necessary to expand the Gurudwara. This was done by building stone walls around the verandah which surrounded the walls of corrugated sheets. These sheets were then removed. In the course of expansion a kitchen and some residential facilities were constructed.

Sikh Temple Landia was the first Gurdwara established in Nairobi, Kenya in 1903. The Gurdwara is built in the vicinty of the main train station in Nairobi. It was built by the pioneering Sikhs who had worked on the East-African Railway Line during Kenya's colonization by the British.

At that time the entire area around the Gurdwara was occupied by Sikh rail workers and their families. As times changed the Sikhs moved to other parts of the growing city but the Gurdwara Sahib remained. As the Sikh community grew in Nairobi, the Gurdwaras location and space prompted the community to build a new Gurdwara which today is known as Gurdwara Ramgharia South C, Nairobi. Landia Gurdwara was still there but divans were only held once a week and on Punia di raat. .....More 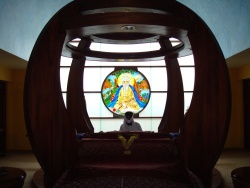 Gurdwara Nanaksar runs like a typical Nanaksar instution where no money charava (donations) is accepted and no langar is cooked. The langar for every program comes prepared from the homes of the faithful Sikh Sangat of Nairobi. In May 2007, In the plot adjacent to the Gurdwara Sahib a new building was opened for the use of the Nairobi Sikh Sangat. This new wing of the Gurdwara Sahib is known as the Baba Isher Singh Community Centre. The Community Centre has a distinct facade that boasts the shape of a Khanda Sahib. It also hosts two Darbar Halls and a Langar Hall that operates like a regular Gurdwara facility. The Community Centre Gurdwara Sahib is used for weddings and other functions that are not regularly held at the Nanaksar Darbar Sahib since the parkash of Sri Guru Granth Sahib is highly revered and kept in a sanctified environment.

Gurdwara Nanaksar is now pin pointed to its exact location on the Gurdwara's Map application. The Building that looks like a 'Chand Khanda' is a new addition to the Gurdwara Sahib that is directly to the left of it. Check it out here - Gurdwaras East Africa. .....More