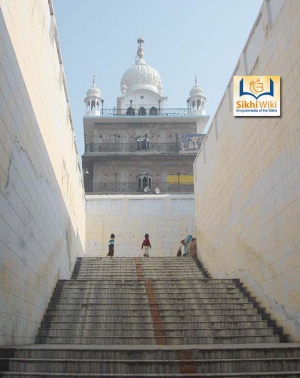 Angeetha Sahib is situated in Gurudwara Shaheed Burj Sahib at Chamkaur Sahib. It is a place where the cremation of sikh warriors took place. This Gurudwara is also related with Bhai Jatta Ji (Jiwan Singh). It is said that it was in this Gurudwara that the Kalgi of Guru Gobind Singh Ji was presented to Bhai Jaita ji. A Baouli Sahib was also discovered in this Gurudwara recently.

The Gurdwara is next to Gurdwara Garhi Sahib and represents the site of the gate of the fortress used by Guru Gobind Singh as the bulwark of his defence in the unequal battle of 7 December 1705. The gate was guarded by Bhai Madan Singh and Bhai Kotha Singh, although the Gurdwara came to be named after Bhai Jivan Singh. Jivan Singh was the same Bhai Jaita who had brought Guru Tegh Bahadur's head after his execution from Delhi to Kiratpur in 1675, and earned from Guru Gobind Singh the endearing title of 'Ranghrete Guru ke Bete'. Upon his initiation into the order of the Khalsa in 1699, he had received the name of Jivan Singh. According to the Bhatt Vahis, he was killed in a rearguard action on the bank of the Sarsa. Gurdwara Shahid Burj, which commemorates his martyrdom, is a small shrine of old Sirhindi bricks to which a small hall has been added lately. The original shrine in which the Guru Granth Sahib is seated was built by Majhabi Sikhs, the community to which Bhai Jivan Singh originally belonged. 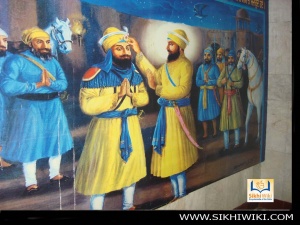 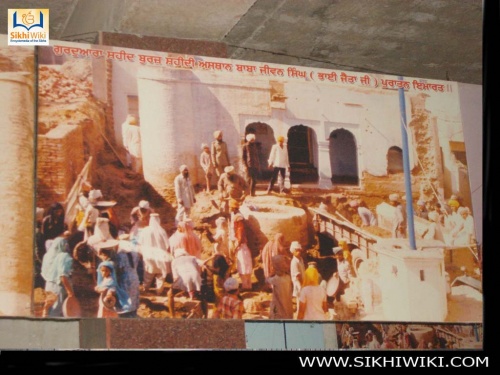 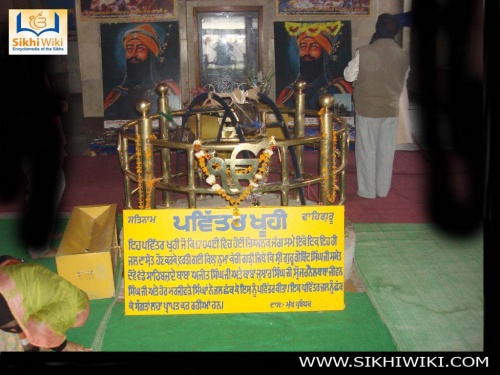