Bhai Kahn Singh (Punjabi ਭਾਈ ਕਾਨ੝ਹ ਸਿਂਘ ਨਾਭਾ ), of Nabha (30 August 1861- 24 November 1938), was a celebrated scholar and encyclopedia writer. He was born on 30 August 1861 (Bhadori vadi 10, 1918 Bk), in a Dhillon Jatt family at the village of Sabaz Banera, about 5 miles from Nabha, in what was then territory of the princely ruler of Patiala. His father was Narain Singh and his mother was Har Kaur. His father was a man of saintly character who became in-charge of Gurdwara Dera Baba Ajapal Singh, at Nabha, on the death in 1861 of his grandfather, Sarup Singh. 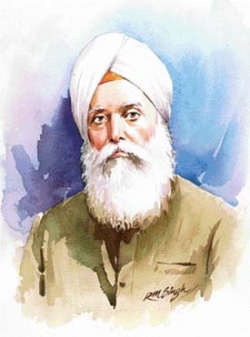 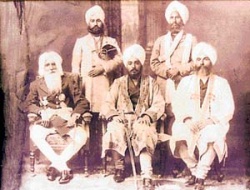