How can I become pure

From SikhiWiki
(Redirected from Become pure)
Jump to navigationJump to search 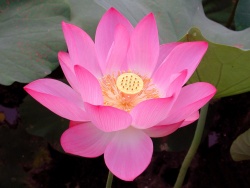 How can purity be obtained?

How can one become pure? This is a question that is posed by Guru Nanak, the founder of the Sikh faith in the first composition written by him written around 1500. On page 1, verse 9 of the Sikh scripture called the holy Guru Granth Sahib, he asks: "ਕਿਵ ਸਚਿਆਰਾ ਹੋਈਝ ਕਿਵ ਕੂੜੈ ਤ੝ਟੈ ਪਾਲਿ ॥ How can one become pure? How can the veil of impurity be torn away?" (SGGS p 1) And in the next verse the wise Guru gives the reply: "ਹ੝ਕਮਿ ਰਜਾਈ ਚਲਣਾ ਨਾਨਕ ਲਿਖਿਆ ਨਾਲਿ ॥੧॥ O Nanak, it is written that one must walk by the way of His Will. (1)" (SGGS p 1) Now, these two simply lines give us the foundation of the Guru's route to spiritual purity.

In our difficult modern times, many obstacles cross our daily lives making it a struggle to attain a peaceful and contended life. Many of us face multiple setback every week making it impossible to think about spiritual purity or the "higher human goals". Spiritual purity is mentioned in all revered religious scriptures of the world. All incarnations, saints and sages have declared purity to be of immense value in the human evolutionary process. Movement upwards in the cosmic order is impossible if one does not move away from impurity. The difficult question is - What is purity? Is it only of the body and mind, or there is more to it? Majority of the people consider purity as being limited to the physical, or at best, the mental level. Spiritual purity, or say purity of the soul, is either ignored or just not paid the attention it deserves. Not only this, a large number of people are not even aware of the essence of this purity. It is interesting to understand how the three are inter-related.

What is the "Way of Gurmat"

The person's internal transformation is only possible by understanding the "Way of His Will". So what is this Way and what is His Will? If one read the rest of this first shabad, one is told by the Guru that:

The lines that precede the question tell us that we cannot attain an elevated spiritual position just by thinking, nor can God be realised by keeping silent; He certainly cannot be reached by staying hungry and finally He cannot be attained by clever tricks. The only way is by understanding "His will" or "His Hukam", "His Order or Command".

Hukam or "Divine Will"

Hukam: In Sikhism, this simple Punjabi word literally means "divine will". A Sikh accepts that everything in the Universe happens according to the Will of an all powerful God, who is referred to as Waheguru - "wondrous God" or Kartar - "Creator". It is by the command of Waheguru that we are born and we die. Without His command ".... even a leaf on the tree would not move" is a common saying in Punjabi.

In the Sikh Scripture, the founder of the religion, Guru Nanak says:

The whole of the Universe is subject to the Hukam of the Creator God. Nothing ever happens without the Will of Waheguru. This is accepted as one of the primary concepts of Sikhism. For the Sikh, the acceptance of His Hukam is a concept that needs to be learnt and understood.

What is God's Hukam?

What is God's Hukam? The Sikh Scriptures outline the ways in which one can bring their own thinking in line with the Hukam. Engaging in the service of God's creation is the best way of working in harmony with the "Divine Will". Further, by remembering Waheguru one becomes aware of "God's desires" and "Divine essence" within the person is realised. By following these "Divine Values" that benefit His Creation, one ends the cycle of Karma and Transmigration.

The realisation of "His Hukam" is an important aspect of one spiritual journey and an essential step to becoming a Gurmat - a person with the Guru's values and for moving away from Manmat - a self and ego driven person. To understand the Hukam, much care is required in inspecting ones surrounding and trying to understand the values of "Nature" - the God created world. Only by taking the stand of a "student of life" can one begin on this spiritual journey towards God!