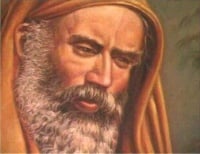 On the 4 June every year, the worldwide Sikh community celebrate the birthday of late Bhagat Puran Singh (1904 - 1992). Bhai Sahib was born at Rajewal, in district Ludhiana, Punjab, India on June 4, 1904.

His mother was Mehtab Kaur and his father's name was Chaudhari Chibu Mal. Bhai Sahib was born into a Hindu family and his original name was Ramji Das. He started his education at Khanna, Punjab and then later joined Lahore's Khalsa High School.

As a young man, he used to perform "sewa" at Gurdwara Dera Sahib and Gurdwara Shahid Ganj in Lahore. Here, he would help with cleaning, cooking and serving food; he also tended to the aged, infirm and sick who came to the Gurdwaras to pay their respect to Guru Granth Sahib.

In an interview with Bhai Patwant Singh, Bhagat Puran Singh discloses how he became a Sikh. In his early life he used to travel a lot from village to village and would stay overnight at a Hindu Temple. One day when he was staying at one such temple, the Brahmins told him to clean the temple and then when he had done that, they sat in front of him and started eating food without offering him anything.

The next time, he had to stay at a Gurdwara and the priest there not only gave him food but also a cot and a glass of milk afterwards .....More