Sikhs and Flag of India 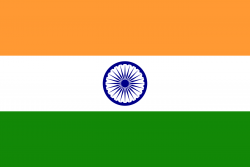 During India's freedom struggle leading to independence in 1947, Sikhs had played a vital role to free the country from the British. Sikhs were considered as giant and offered the unconditional cooperation to the Congress party. However they refused to fight under the Congress flag. Baba Kharak Singh, President of SGPC strongly opposed the proposed flag until Sikh color, Saffron( Kesari) was added to the Flag.

On August 31, 1930, Baba Kharak Singh was brought on a stretcher to the SGPC meeting. He threatened to resign unless the Shiromani Akali Dal refused to fight under the Congress flag which did not include the Sikh colour, SAFFRON (Kesari). He did not want the Sikhs to be taken for granted. The Punjab Provincial Congress Committee (PPCC) recommended incorporation of the Sikh colour in the national flag. [1]

Acceptance of a Sikh color

"The National Flag shall be three-coloured, horizontally arranged as before, but the colours shall be saffron, white and green, in the order stated here, from top to bottom, with the spinning-wheel in dark blue in the centre of the white stripe; it being understood that the colours have no communal significance, but that saffron shall represent courage and sacrifice, white peace and truth, and green shall represent faith and chivalry, and the spinning-wheel the hope of the masses. The proportions of the flag should be fly to hoist as three to two"