This term is associated with geographical location i.e pond situated at Lokpal Valley of Uttarakhand, by scholars like Pundit Tara Singh Narotam, Bhai Vir Singh and Bhai Sohan Singh in early 20th Century. In Parallel, scholars like Gyani Sher Singh Kashmir (1931), Prof Sahib Singh, Bhai Dalip Sigh[1] etc., suggest it to be spiritual expression rather then Geographical, as it is suggested that in Guru Granth Sahib there are many such expressions used like Ramdas Sarovar, Begumpura, Amritsar, Gokul which are not temporal/geographical but spiritual.

Word Hemkunt consists of two word parts as, Hem and Kunt.
Hema(हेम) is sanskrit word which means "Gold", [2], Kunt(कुण्ड) means Water Basin/Pond/Bowl".[3]
So the word itself means The Pond/Kund of Gold or Bowl of Gold.

It is commonly believed that Hem is derived from word Hiym(हिम) which means Snow/Ice.

Hemkunt word is appears in Bachitra Natak Composition written down by Guru Gobind Singh in at Anandpur Sahib.

Available are translation of this text at Sri Dasam website[4]:

Now I relate my own story as to how I was brought here, while I was absorbed in deep meditation.
The site was the mountain named Hemkunt, with seven peaks and looks there very impressive.1.
That mountain is called Sapt Shring (seven-peaked mountain), where the Pandavas Practised Yoga.
There I was absorbed in deep meditation on the Primal Power, the Supreme KAL.2.
In this way, my meditation reached its zenith and I became One with the Omnipotent Lord.
My parents also meditated for the union with the Incomprehensible Lord and performed many types of disciplines for union.3.
The service that they rendered the Incomprehensible Lord, caused the pleasure of the Supreme Guru (i.e. Lord).
When the Lord ordered me, I was born in this Iron age.4.
I had no desire to come, because I was totally absorbed in devotion for the Holy feet of the Lord.
But the Lord made me understand His Will and sent me in this world with the following words.5.

There are 3 different interpretations of the word 'hemkunt' that have been in use. 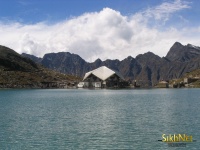 Gurdwara Hemkunt Sahib (coordinates (30.640792°N 79.692936°E)) is a Sikh shrine present in Uttarakhand state in India at a place called Lokpal, which is now associated with the tenth Guru, Guru Gobind Singh.

In 1934, Sant Sohan Singh met Bhai Vir Singh and convinced him that he had found Hemkunt Sahib. Bhai Vir Singh(1872-1957) offered his help to develop the site of Hemkunt Sahib. He gave Sohan Singh funds to buy material and construct a Gurdwara on the shores of the lake. Sohan Singh was accompanied by a Havaldar (army sergeant) called Modan Singh who had offered his services. Sant Sohan Singh, who was a retired Granthi (priest) from the Indian army working voluntarily at a gurdwara in Tehri Garhwal. Construction of this Gurdwara was completed in 1936. upper storey of the gurdwara was completed in 1993. The Guru Granth Sahib (the religious scriptures of the Sikhs, and the last and living Guru) was installed in 1994. A pilgrimage to Sri Hemkunt Sahib is only possible during the months of June to October every year due to severe weather conditions in the Himalayas. 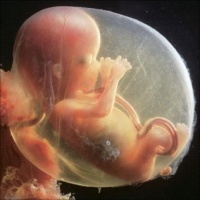 According to writing of Bhai Dalip Singh, who has also taken excerpts from writings of Prof Sahib Singh,

When Pandu actually saw his five handsome sons growing up in the forest of the slopes of the mountain, he felt his sexual power returning. One day, accompanied by Madri, he went out to wander in the woods of the garden of Sapat Sringa. It was spring time, the season that causes unrest in all creatures. Flowers bloomed everywhere filling the woods with their gentle perfume, all the pools were full of lotus blossoms. King Pandu in the midst of all this, sat down to rest with a youthful mortal. His desire for her flared, like a forest fire. Unable to restrain himself, he put his arms around her, while she, knowing that his death would result , endeavored to restrain him. Intoxicated with desire and as if wishing to end his life, he united himself with her. No sooner was this done then life left him, in accordance with the Rishi’s curse. When the body of king Pandu was cremeated, Madri jumped into the fire to be with him.[8]

The word “jog” means union. What type of yog did king Pandu have? It was a sexual union with his wife - a union in the womb of his wife. During the gestation period, the baby grows in the womb, where prior to his existence its father had had the union.

It is generally believed that Guru Gobind Singh, in life immediately preceding his birth at Patna (December 18, 1661) was leading the life of an ascetic, doing penance and meditation at the Hem Kunt Mountain. It was while the Guru was performing these penance that God summoned him to His presence and told him, to take birth and become the successor Guru to Guru Tegh Bahadur. The interpretation of the Guru’s writings , that in his previous life he was leading life of an ascetic, is not correct. Guru Gobind Singh in his composition ‘Bichitar Natak’ refers to King Pandu’s place of union (at Sapat Sringa) and states that there (in his mother’s womb) he had his union with God in the company of his Holy Mother. The Guru in his composition states that he attained complete union with God and that God told him, to take birth in this Kal Yuga (Age of Sin). This clearly means that the Guru was not physically in existence in this world in Kal Yuga, and that his birth at Patna, was his first, in the Kal Yuga.[1] 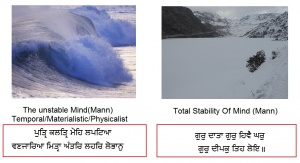 Hemkunt - The Spiritual Destination of Soul

Using the analogy of water and its waves, if the inner soul (commonly called subconscious mind) is considered as water, then our conscious mind acts as waves, that keep on forming on the surface of that water. By virtue of this wavy, outward disposition of mind, it remains entangled in the outside world.

Whenever there is a lull period in the waves, it is hard to distinguish them from the main body of water. That is, the waves are absorbed into the water and this is a situation of 'oneness'. This could be a temporary lull, for any amount of wind blowing over the water could produce waves again. But, if the disposition of still-water is so changed, so frozen, that it gets converted into ice, then there is no possibility of waves. Meaning thereby, that in such a person (jeev), no waves of worldly attraction are formed. This situation or disposition of soul is called Hemkunt in Gurbani. Literally, Hem means ice and Kunt means house.

In summary, if the turbulent mind gets attuned to the inner soul (also called one's Gur), and remains submerged or surrendered to the inner voice, then no amount of winds of worldly desires can affect it. It will thereafter, remain in a state of 'oneness'. Such a person is a Gurmukh and the abode of his inner soul is called Hemkunt.