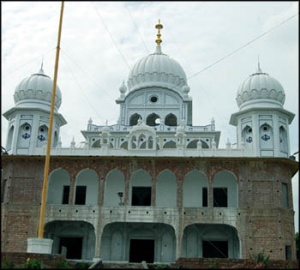 This Gurudwara is situated on a low mound about two furlongs west of Gurudwara Qatalgarh Sahib. It is said that when Guru Gobind Singh and his three Sikhs came out of the Garhi on the night of December 7-8, 1705, he stood on top of this mound to give a loud clap (Tari). This Gurudwara is under construction recently. 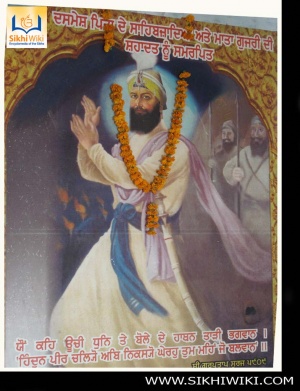 When Guru Gobind Singh left the Garhi at Chamkaur during the night of 7-8 December 1705, it was decided that three Sikhs, Bhai Daya Singh, Bhai Dharam Singh and Bhai Man Singh, would come out with him, too. They proceeded each in a different direction, agreeing to meet later at a common spot guided by the position of certain stars. Since he did not wish to leave unannounced, Guru Gobind Singh, upon reaching the mound where the Gurdwara Tari Sahib now stands, clapped and shouted: "Peer - E - Hind, Meer Wadh" ("Here goes the Pir of Hind (the saint of India)!") From their different points the three Sikhs also raised shouts. This baffled the besiegers, and Guru Gobind Singh and the three Sikhs were soon gone, out of harm's way. The Gurdwara on the mound marks the site from where Guru Gobind Singh had proclaimed his departure by clapping his hands. 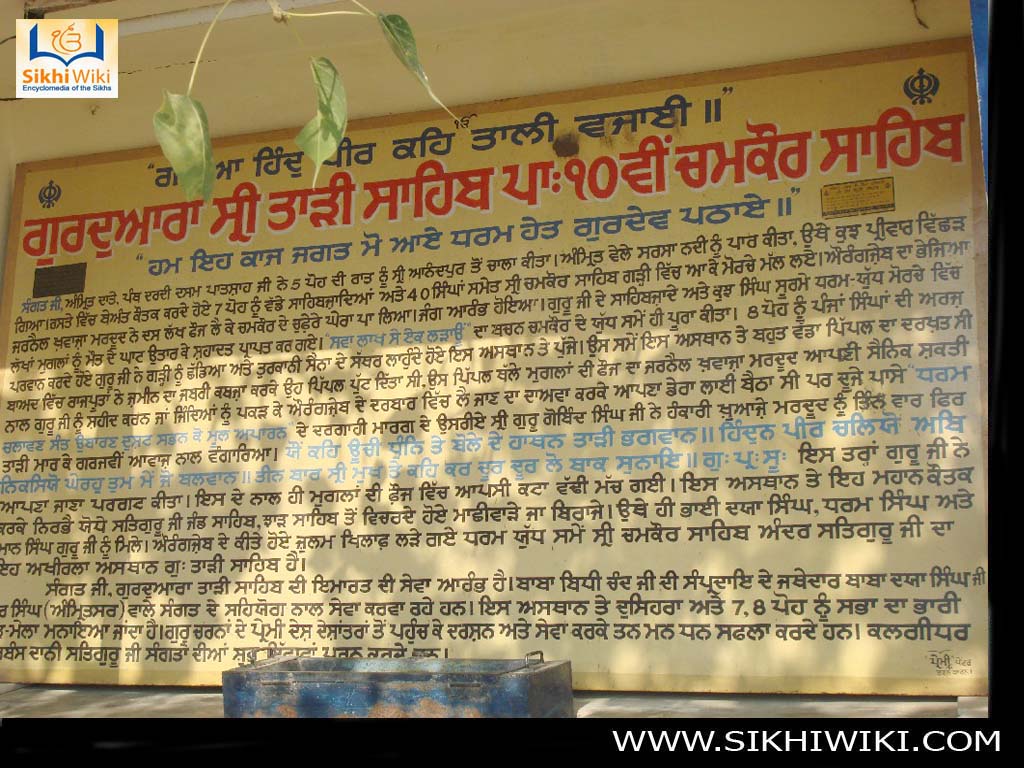 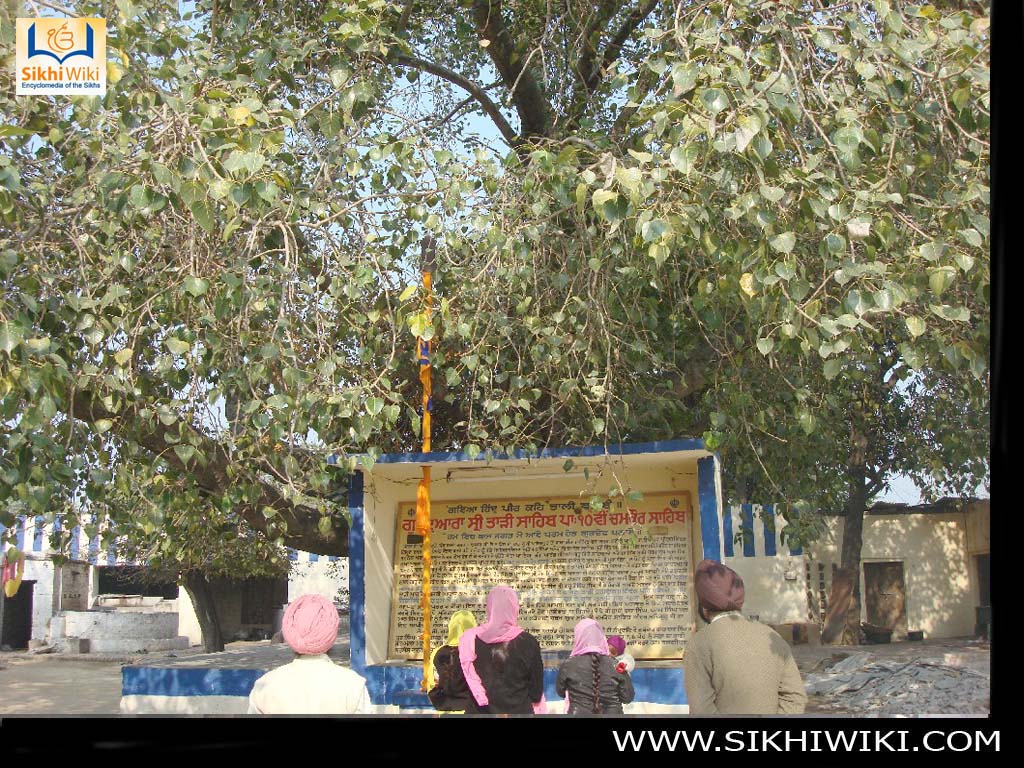