From SikhiWiki
Revision as of 10:19, 18 February 2008 by Allenwalla (talk | contribs) (link to Fateh Singh who is listed as the warrior who ended the reviled Wazir Khan's life.)
(diff) ← Older revision | Latest revision (diff) | Newer revision → (diff)
Jump to navigationJump to search 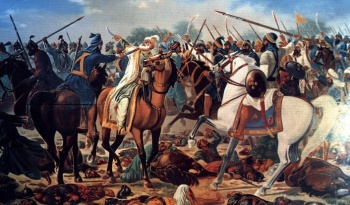