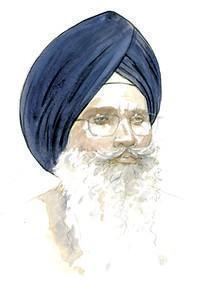 Schools have increasingly banned religious symbols in recent years due to various reasons. Originally, this prohibition was applied to prevent Muslim girls from being forced against their will to wear a headscarf. This led to a high concentration of headscarf wearing students in some schools which did not ban religious symbols.

waiting for text from M.Kaur

The Sikh community in Sint Truiden started to collaborate with a nonprofit foundation, Internationaal Committe[2], whose mission is to help migrant communities integrate and become more independent in Belgium. The first step was to organize a dialogue session involving parents of Sikh children, local politicians and press and most importantly, members of the education community to hear each group's opinions on allowing religious symbols in schools. The biggest challenge in this project was identifying people as important in this issue and persuading them to attend a dialogue session, which the Internationaal Comité tirelessly led in. A dialogue session was organized on 2 Dec 2010, seeing many Sikh parents and children as well as local politicians in attendance. Unfortunately none of the officials, who under the current rules, actually set the policy - the school principals did not attend - perhaps, no one in the education community will be willing to discuss such a sensitive topic without first gaining a consensus from their colleagues. 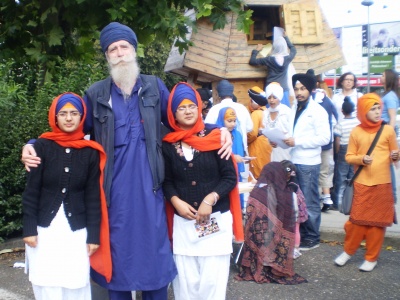 A black book, known as Zwartboek [3] in dutch, is a document detailing information about perceived injustices. A zwartboek [4] was compiled by a few volunteers in February 2010. With the goal of informing any politician, member of the press or public in a systematic manner of the impact of the schools' ruling on allowing children wearing religious symbols, the document details cases of Sikh children in Belgium who have refused admission in schools or been expelled due to a the schools' ruling. The current version of this book was released on 25 August 2010. The zwartboek has been cited during press releases by the Sikh community as well as during their interactions with the Flemish parliament.