The right to wear the 5Ks 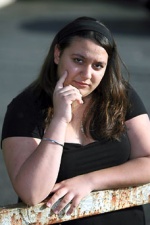 On February 5 of 2008, UK judge Sir Michael Harrison, in Court 18 at the Royal Court of Justice in London, decided not to allow a Sikh girl, Sarika Watkins-Singh, to wear her Kara, one of the five Sikh articles of faith, to school before the case was heard in full at a hearing in several months time.

The Deputy High Court Judge decided that the 14-year-old Sikh girl could not wear her Kara to school pending a full legal battle over her cultural and religious rights. This was surprising, given that in 1983 the House of Lords, the supreme court in the UK, decided that a school had violated the rights of a student, Gurinder Singh Mandla, when he was not allowed to enter the school because of his turban, which he used to cover his Kesh (uncut hair), another one of the 5 K's or Articles of faith. (see the full judgement Mandla v Dowell Lee).

In what appears to be an unbelievable statement, the judge ruled: "Whilst I accept there will be detriment to the claimant (Sarika) if she is not able to wear the Kara in the interim, it does not seem to me that is anything like as significant as the detriment to the school if she were allowed to wear it." This surprised a lot of Sikhs, as it appears to encourage other organisations to freely discriminate and break the law as the "detriment to the claimant" may be less significant than to the opposite party.

It is also reported that the school head, Jane Rosser, said that wearing the Kara was against regulations because it was a piece of jewelry. It is surprising that a head of a school is not familiar with the details of the Sikh faith and can call a Kara a piece of "jewelry". Banta Singh stated, "If a Kara can be categorized as jewelry, then how come my Gurudwara gives these free at every Amrit Sanskar. Also why many famous Sikhs like the 96 year old marathon runner Fauja Singh wears one; Dr Manmohan Singh, the Prime Minister of India also wears one; why my baby son who is only 3 months old has one and why when we cremate our dead, we put on a Kara?"

Sarika said, "I am a Sikh and it is very important for me to wear the Kara because it is a symbol of my faith and a constant reminder that I should only do good work, and never do anything bad, with my hands."

It is a shame that in a multicultural society such as Britain, the rights and values of the minorities are still being suppressed and undermined. The blame for this situation and for the lack of understanding by the public and authorities must be placed on the government, educational institutions, and the press. They have all failed to educate the public and managers of organisations.

Hundreds of thousands of Sikh troops fought and died in both World War I and II - their record of bravery and sacrifice is well documented in numerous citations for valor. These Sikhs warriors fought without the statutory helmets. Then, the British were flexible enough to honor the Sikh's century old custom of wearing the turban over their Kesh (uncut hair), one of their five articles of faith.

In 1983, the House of Lords passed a judgement after headmaster A. G. Dowell Lee, of Park Grove School, barred a Sikh student from the school because their uniform policy did not allow for any headgear or Kesh (uncut hair), that he had broken the Race Relations Act and had discriminated against the boy.

Now, 25 years on, we have the same problem - another head of school discriminating against a Sikh girl for wearing a Sikh article of faith. It should be known that when one decides to be a committed Sikh, he or she does not have a choice in wearing these five articles of faith. For centuries the Sikhs have worn these symbols of their religion.

These five articles are part of the Sikh promise to their Guru – Sikhs who commit to their faith honor the sacrifices made by Guru Gobind Singh Ji for the freedom and survival of their ancestors. The Guru sacrificed his four sons, his father, and his mother. As Sikhs, we make a promise to carry these symbols with us until the day we die. In addition to this, the Sikhs also promise to follow the Guru's "Dharam" (path of righteousness) and accept the Guru Granth Sahib as their spiritual guide.

The British have known the Sikhs for several centuries and have known about these customs. How come they want to restrict these symbols now after nearly 300 years of association?

I believe that it is the duty of all institutions, companies, and educational establishments in the UK to make sure that their rules are non-discriminatory. Obviously, to have a policy that does not allow the 5 Sikh articles of faith is unfair, discriminatory, and unlawful. 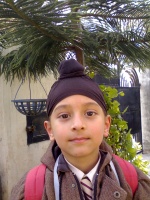 Hasselt, Belgium - The Hasselt Civil Court overturned today (01 July 2008) a ban on the patka, a Sikh head covering, which was imposed by a state school, KTA Domein Speelhof, on five Sikh schoolboys since 2005.

The court said that the ban on the religious head covering was a violation of the Sikh students' right to manifest their religion under article 9 of the European Convention on Human Rights, of which Belgium is a signatory.

In a judgment handed down today, Judge Madam H. Coenen said that by excluding young people because of their religious beliefs the Domein Speelhof school in St Truiden had violated their right to practice their faith.

On May 26th, the Hasselt court heard evidence that in 2005, KTA Domein Speelhof school, which previously had allowed Sikh students to wear the patka, introduced a uniform rule banning the wearing of any head dress, including the patka, which affected five Sikh schoolboys, Pawandeep Singh, 18, Jaswant Singh, 20, Parminder Singh, 17, Harjeet Singh, 14, and Sukhdeep Singh, 16.

"The Court has sent a clear message that it is illegal for a school to deny education to a student because of his religious belief," said Walter Van Steenbrugge, the lawyer hired by UNITED SIKHS and the Guru Nanak Sikh Society of Belgium to represent the five Belgian Sikh schoolboys.

"Unlike France, there is no law in Belgium that bans religious signs in schools, yet the school in question had imposed the ban in the name of a school uniform policy that banned any head covering," said Mejindarpal Kaur, UNITED SIKHS legal director who had been dealing with this case since 2005.

"This judgment proves that Belgium respects freedom of religion and will not tolerate a ban on religious signs in schools in the name of a uniform policy. We applaud and thank the families of the five Sikh schoolboys and the 6,000 strong Belgian Sikh community for standing resolutely against the ban," she added.

Pawandeep Singh, one of the students who had to leave the school because of the ban on the patka said, "I couldn't believe it when I was told just now that we have won the case. I am very happy for all Sikh boys who will now be able to wear a patka in all Belgian schools."

In 2005, UNITED SIKHS took up the case in response to a global appeal for assistance from the secretary of the Guru Nanak Sikh Society of Belgium, Amarjit Kaur, who said that the ban at Domein Speelhof had forced the Sikh students to travel 100 miles everyday to attend another school rather than attending school with a bare head.

"I am thankful to the Hasselt court for upholding the rights of children to practice their faith", said Amarjit Kaur.

The president of the Sikh Sangat Gurudwara in St Truiden, Mohinder Singh, said, "We thank God for the outcome and are relieved that the court has seen it right to uphold our children's right to obtain a sound education whilst they practice their faith."

Parents of the affected students telephoned UNITED SIKHS to convey their gratitude for the support they received: "We are very grateful to UNITED SIKHS, the Guru Nanak Sikh Society, and the global Sikh community for standing by us," said Karamjeet Singh, father of Harjeet Singh and Sukhdeep Singh, who will be returning to Domein Speelhof school wearing their patkas, while the other three students will continue their education in the technical schools in which they are now enrolled.

You may read a previous press release by the UNITED SIKHS advocacy campaign for the right to wear a turban in France at http://www.unitedsikhs.org/PressReleases/PRSRLS-04-06-2008-00.htm.