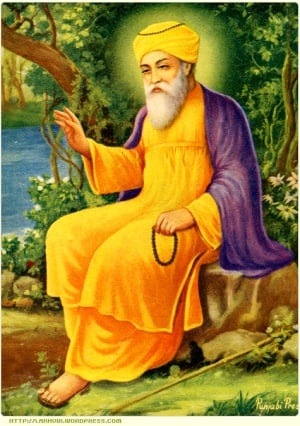 In December 2004, while I was studying in London, I visited the Gurdwara Sahib in Southall and Giani jee was doing Katha (discourse on Gurbani). Giani jee's words stuck to my mind. He explained how Gurbani says, "Waheguru resides WITHIN ALL and that Waheguru FORGIVES and CLEANS the sins or filth of a sinner."

He went on to explain how at the end of Ardas we all say together, "naanak naam chardee kalaa, tere bhaane sarbat da bhalaa". Yes, we say, ‘SARBAT DA BHALAA’. We ask for the blessing of ‘ALL’. Guru Gobind Singh Sahib did NOT say, "I ask for the good of all EXCEPT for Aurangzeb who cowardly murdered my two young sons." No. When we do Ardas we do not say, "Sarbat Da Bhalaa, but NOT that person who swore at me last week… I don’t want his bhalaa (good)."

A beautiful analogy was given to illustrate that there is good within all. We say Waheguru is within all, but from personal experience seeing Waheguru is difficult at times. The example given by Giani jee was:

"A lady works hard to earn a living. On the side, every now and then, she saves a little bit of money, so that she can save up to buy a GOLD BRACLET. Eventually, the lady saves enough money to go the jeweller’s shop and buys a gold bracelet. She gives the bracelet to her child.

Would we expect the child to leave the bracelet in the gutter and walk on home? NO. Why not? Because he knows how HARD his mother has WORKED to earn the money, which she used to buy the bracelet. Therefore, he stretches out his arm and PICKS UP the dirty bracelet. He goes to WASH the bracelet with WATER and SOAP, and then puts it back on his hand.

Vaheguru has made ALL of us. Vaheguru sees us all in an EQUAL light, because the Lord has created us and the Lord knows how beautiful we are within DESPITE how much FILTH and DIRT we throw on ourselves. 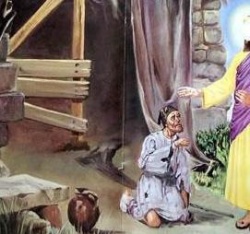 Giani Jee explained to the Sangat that Guru Nanak Sahib offer his arm to all. He saw Waheguru within all, because he shared the Light of God, he knew that Waheguru had created EVERYONE. It is the PERVERSION of the MIND and one's ACTIONS that are EVIL, not the person. Just as the child stretched out his arm to get out the gold bangle from the dirty gutter because he knew his mother had worked hard to buy it, similarly the Gurmukh recognises the divinity WITHIN ALL the creation, despite the dirt and filth which one may throw over themselves. Waheguru...

It was getting late and it was nearly time for me to leave because I had to get the train back to university. I had spent too long at the Gurdwara Sahib listening to Katha and Kirtan.

As I was hurrying to the train station, on the corner of the road, a man fell down to the ground. It looked like he had been pushed by two drunkards who suddenly rushed off after the man had collapsed to the ground. Without any thoughts about how late I was, I hurried to the man to see if he was okay. I realised the man, in his 40s or 50s, was drunk. He looked like he has been living on the streets and was in bad state. I had seen the man before in Southall. He was Panjabi, but looked as if he was homeless. His clothes looked tattered, his appearance looked dirty, and he was a tall and large man. I asked the man in Panjab, "Are you okay?.. tusee theek hoo?" Worryingly I could hear no reply.

Two young passers-by looked at the man lying on the floor and carried on walking. I was shocked. How can people just walk by when this man has been pushed or collapsed in the middle of the pavement? He could be dying? I thought to myself does he need my help? In situations like this it's difficult to know whether one should intervene if the other person is drunk and it's late at night. It's expected that people would exercise caution as a drunk person's behaviour is unpredictable. 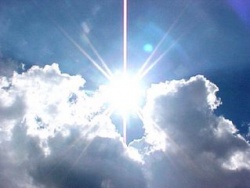 My moorakh mind was saying, "You are wearing clean kurta pyjaaama, your hands will get dirty touching this dirty drunkard… Why help him get up, he has caused his own misery by drinking alcohol… I am sure he will be fine. There are many like him who drink too much and fall to the ground."

But my Aatma, my soul said something different. My Aatma told me, "O Mind! Despite this man is drunk, caused his own misery or whether he is dirty. At the end of the day, he was made by Waheguru. Whether I can see it or not, but my dear Waheguru's Light resides within him as well. So O Mind! Pick up this man. I then remembered Giani Ji’s story of how Guru Nanak Ji gave his arm and helped people to get out of the gutter. O Sikh of Guru Nanak, help this man get up." ਸਭਨਾ ਵਿਚਿ ਵਰਤੈ ਇਕ੝ ਸੋਈ ॥ ਗ੝ਰ ਪਰਸਾਦੀ ਪਰਗਟ੝ ਹੋਈ ॥ ਹਉਮੈ ਮਾਰਿ ਸਦਾ ਸ੝ਖ੝ ਪਾਇਆ ਨਾਇ ਸਾਚੈ ਅੰਮ੝ਰਿਤ੝ ਪੀਜੈ ਹੇ ॥੮॥ The One Lord is contained within all. By Guru's Grace, He is revealed. One who subdues their ego, finds lasting peace; that person drinks in the spiritual-life giving Nectar of the True Name. ||8|| (SGGS page 1049)

Following my Aatma, I stretched my arm out to the drunken man to get up. The man seemed to have had cuts, bruises and marks across his face and body from previous incidents. I said to the man three times in Panjabi, "Come, I will help you. Give me your hand." 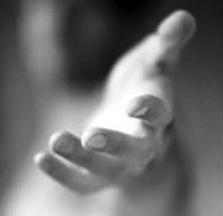 He stared at my face intensely and said nothing. After the third time I stretched my hand out to him, he said, "O Bhaajee, police noo phone karde-o, hor kuchh nehee…. Police noo phone kar deyo… please Bhaajee" ("O Brother, Phone the police, please, nothing else). I said, "Theek hai jee, mai police noo phone kardaa" ("Okay, I will call the police"). I was about to get my mobile phone out, when two Community Officer Wardens came up. I told them to ring for an ambulance and police. The wardens stood there and smiled and said "What’s the problem" to the man. Though I found their response unsympathetic, I expected it was due to high regular incidents of this kind when some people may cause a nuisance. Eventually the ambulance was called and I left the drunk poor man in the care of the wardens.

That night, I thought. Dhan Dhan Satguru Guru Nanak Sahib jee Mahraaj. That Guru, never looked to see whether his clothes would get dirty. The Guru did not stop to consider whether the person smelt or was lowly – but in all cases the Guru indiscriminately offered his supporting arm of help. He embraced the leper and the king equally. “Dhan Guru Nanak, Dhan Guru Nanak” was coming out of my mouth on the journey back to the halls of residence at the University. I am the dust of the feet of that Perfect True Guru, who was so great and beyond description. May we all be blessed with the humility, love and kindness of Guru Nanak Sahib and may we be graced with the vision to see the unseen Lord within all.