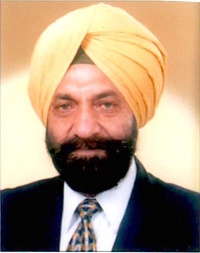 Tarlochan Singh (born 5 January 1933 in Dhudial, Punjab, British India) is a noted Sikh Indian politician. He is a Member of the Parliament of India, representing Haryana in the Rajya Sabha. He served as Chairman National Commission for Minorities from 2003 to 2006 (cabinet minister status), was Member, National Human Rights Commission of India, Govt. of India, 2003 to 2006. He was Vice Chairman, National Commission for Minorities from 2000 to 2003 (State Minister Rank).