Talk:Trumpp's Translation Of Portions Of The Guru Granth Sahib

should we REALLY call him a "self righteous bigot"?

That is a matter for discussion and the stand point of the observer. It is clear that he had set views which appear entrenched and bigotry. For example, quote from Wikipedia:

"In 1869, Trumpp was summoned by India office to work in Punjab to translate the Sikh scriptures into English; accordingly, he stayed in Punjab for fifteen months and translated one-third of Adi Granth that was published in 1877. He translated Puratan and Bala Janamsakhis, the lives of the later [Sikh] gurus, including an account of their teachings. However, he concluded that Adi Granth was not worth translating in full--"the same few ideas, he thought, being endlessly repeated." Gilchrist also felt that the Dasam Granth was not worth translating at all, prompting criticism from devout Sikhs for the insult."

It shows the attitude of the man. He did not feel that perhaps he could not properly understand the Guru Granth Sahib but instead felt that the Guru did not have much to offer and most of the text was a repetition! How crazy is that! Clearly for a scholar his mind was rather closed and consequently, although he was the first to translate many of the early Sikh documents, his attitude to other cultures and their importance was tainted. Compare that attitude with what other have said about the Guru: 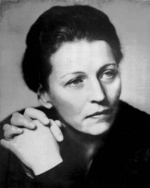 When I was in India in 1962, one of the notable events of my Visit was the presentation to me of the English version of Sri Guru-Granth Sahib, translated and annotated by Dr. Gopal Singh.

I was deeply grateful to receive this great work, for in the original it was inaccessible to me, and this was a matter of regret, for I have had many Sikh friends, and have always admired their qualities of character.

Now that I have had time in my quiet Pennsylvania home to read their scriptures slowly and thoughtfully, I can understand why I have found so much to admire.

The religion of a people has a profound and subtle influence upon them as a whole, and this is true whether individuals do or do not profess to be religious.

So clearly there is some truth in the criticism made of this author.