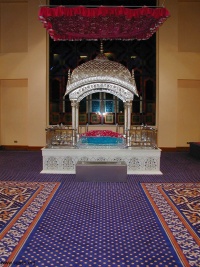 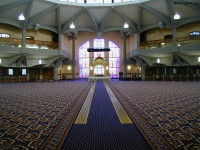 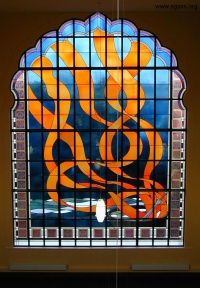 Singh Sabha Southall was established to challenge the very serious decline in Sikhism among the Sikhs in England, who had emigrated in the fifties and early sixties. By the 1950's, a significant number of Sikhs were living in Britain, and the main Congregational gathering (sangat) was at Shepherd's Bush Gurdwara in West London. To accommodate the Southall Sikhs, the Southall Sikh Cultural Society was established in 1960.

The principal aims of the Society

Sunday programmes were held at Shackleton Hall, until the move to 11 Beaconsfield Road. Soon the emigration of Malaysian and Singaporean Sikhs led to the formation of an additional group - Sri Guru Nanak Singh Sabha. The two groups remained independent until (1964) when they merged as Sri Guru Singh Sabha Southall. In 1964 the group opened their first Gurdwara. It was situated at the Green; the Gurdwara also served as the headquarters of the 'Sri Guru Singh Sabha (SGSS).

In 1967, a generous loan allowed the sangat to purchase a new site at Havelock Road with a large building that had originally been a dairy. As a result of the relentless sewa by the sangat, the dairy was transformed into a Gurdwara in a matter of weeks. The Khanda was brought in April 1967 to England from the Tosha Khana at Darbar Sahib Amritsar for Amrit Parchar. From such humble beginnings Sri Guru Singh Sabha Southall soon emerged as the leading Gurdwara outside of India. Sunday 29th November 1997 saw Sri Guru Singh Sabha Southall move to the Park Avenue site (originally purchased in 1984). The 40 Guru Granth Sahibs arrived at the sound of Jakara’s followed by a Kirtan Darbar. The move was necessary to allow for the new building at Havelock Road.

The new gurdwara at Havelock road is now open. Today SGSS is the regular Gurdwara for nearly 30,000 people and a widely recognised representative institution for the 600,000 Sikhs in the UK and Europe.

SGSS has been involved in most issues concerning Sikhs such as precipitating an overwhelming response to the racist programmes in 1970’s in the UK to ensuring turbans and other Sikhs practices are allowed in work and social places. Sikhs in UK have successfully established themselves in many fields and have long dreamt of building an institution to reflect their growing influence, secure their children’s future and accommodate the growing number of congregations.

This new building, one of the biggest developments in Southall consolidates the present and will take us into the new century with confidence. It will also assist in the regeneration of Southall.

As well as continuing and enhancing the well established religious programmes the new building us to be able to accommodate large congregations both in the main hall (seating up to two thousand), which will be surrounded by a gallery to allow worshippers to meditate or pray in an area of solitude. Additionally there is a Multi Activity Hall (seating up to 800 worshippers) which can be used as an overflow area for Gurpurbs, marriages or other special religious functions. The langar (dining) hall will provide food to all citizens of the community seven days a week and will be able to serve as many as 20,000 meals a week, in the continuous and unique Sikh tradition, where all are welcome, (race, sex, color and creed do not matter) the food is always free and always strictly vegetarian.