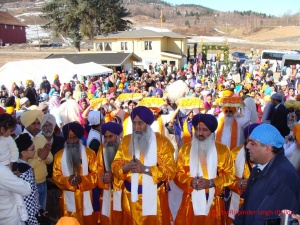 There are about 5000 Sikhs settled in Norway with most of them living in Oslo, with its two Gurdwaras; Gurdwara Sri Guru Nanak Dev Ji and Gurdwara Sikh Sangat being the main hub of the Sikhi activity in Norway. Indians, especially Sikhs first came to Norway in the early 70s. The troubles in Punjab after Operation Bluestar and the killings of Sikhs after the assasination of Indira Gandhi led to an increase of Sikhs moving to Norway.

Drammen, about 40 kilometres (25 mi) from Oslo, also has a sizeable population of Sikhs. The largest gurudwara in north europe was recently built in Lier, another city of drammen municipality/district. (11/4/2010). The Sikh community is active in the political affairs of the country and several Sikhs have been appointed to key positions in the local government. (see News items below). Many Sikhs are employed in the professional fields of medicine, engineering and technical services.

The Gurdwaras cater for the needs of Sikh in and around Oslo; Daily and weekly programs are held at the main Gurdwara, Gurdwara Sri Guru Nanak Dev is located at Alnabru in Oslo. The facility events include kirtan, prayers, sermons, Guru ka Langar, etc. A weekly diwan is the highlight of the Gurdwara's activity. Many youngsters visit the shrine regularly to attend workshops and lectures on Sikhism. 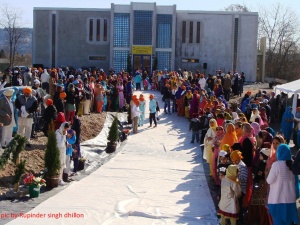 In a document signing ceremony on 8 November 2001, an interfaith coalition composed of the major religious groups here, made a commitment to the principles of religious tolerance embodied in the Oslo Declaration on Freedom of Religion or Belief.

The action was significant because of the diversity of religious groups that participated and committed themselves to upholding religious tolerance in Norway. 25 groups of different religious faiths signed the Declaration. They included religious organizations from a very wide range of perspectives. Ms. Thoresen, who was the head of the event's organizing committee said, "There were representatives of Buddhism, Hinduism, Islam, Judaism, Sikhism, humanism and other groups, as well as various denominations within Christianity.

"This was really a very historic event because we've never had such a diversity of groups come together like this before," said Ms. Thoresen. 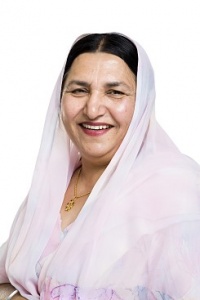 She covers her head with a ‘dupatta’ and uses several Punjabi phrases despite leaving Jalandhar for Europe 32 years back.

For 53-year old Balwinder Kaur, an ethnic Indian Member of the Oslo Commune (municipality), the work has just begun and there is a lot to do for “my community and Norway”, as she puts it.

“I came here with my family in 1980 after spending five years in UK since I left Jalandhar. Over the years, I saw more and more Indians coming here. Many of them faced various problems. So I decided to stand up for them,” Kaur, a schoolteacher by profession, told PTI. Elected in October last year, Kaur belongs to Socialist Left or ‘SV’ party.

For the 3,000-odd ethnic Indians in the capital and over 6,000 across this country, most of whom immigrated in the last decade or so, the representation levels in local bodies have also gone up during the same period.(unoffical report per today 21,03,17 between 15000-20,000 indians in norway many IT professionals are here

“At least eight Indian-origin people have entered the local bodies in Norway’s different counties in the last few years. In all, seven of them are from Punjab and one is from Hyderabad.”

OSLO: Thirty-two years back,Balwinder Kaur was a simple Punjabi woman, like thousands of her compatriots in Doaba, but had dreams, aspirations and understanding of the world around her. Last week, Balwinder Kaur was neck deep into work as an ethnic Indian member of the Oslo Commune (municipality).

A schoolteacher by profession, Balwinder was elected in October last year, and belongs to Socialist Left or ‘SV’ party which currently holds 15 out of 169 seats in the Norwegian Parliament and six out of 59 seats in the Oslo municipality.

For the 3,000-odd ethnic Indians in the capital and over 6,000 across this country most of whom immigrated in the last decade or so, the representation levels in local bodies have also gone up during the same period.

Now there are eight Indian-origin people in the local bodies in Norway’s different counties, and of them seven are Punjabis, the other being from Hyderabad. In fact the ‘Indian Welfare Society of Norway’ is led by a Sikh,Surjit Singh. However, there is no MP of Indian origin.

(photos below thanks to Rupinder Singh) 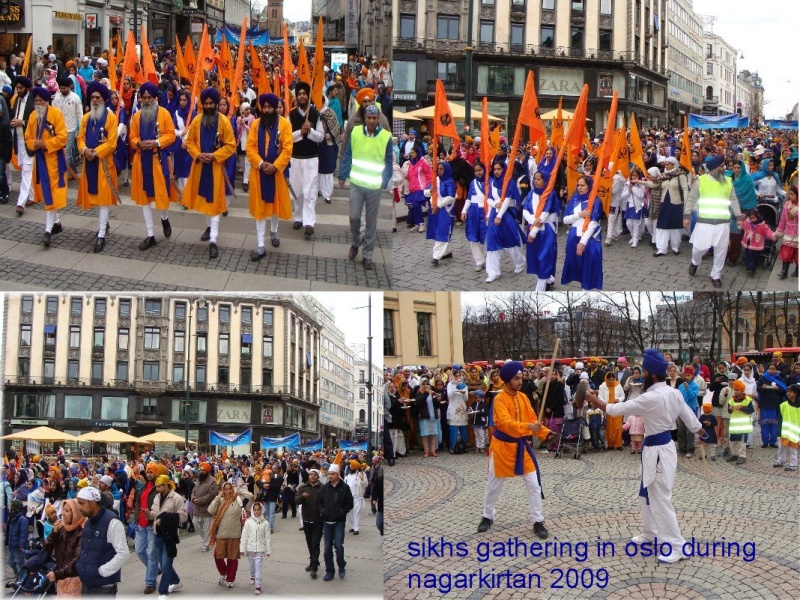