Not a Sikhi thing to do 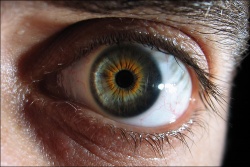 The old saying "An Eye for an Eye and a Tooth for a Tooth" is world famous and unfortunately this quotation is still frequently followed and practised by many individuals and societies around the planet. These folks consider revenge as sweet recourse for any wrong done on them. To act in vengeance for any wrong done has been considered the right way to live their lives. For any wrong done, they will do a similar or in most cases a bigger wrong; this reaction takes place frequently and is automatic; without any thought or consideration; to these folks it is the norm to be followed.

But as Martin Luther King Jr. said, "That old law about "an eye for an eye" leaves everybody blind. The time is always right to do the right thing."

If we think carefully about this, then in a society which practises this principle of "an eye for an eye", one injury will create a "domino effect"; and you know what happens in a domino reaction. Wikipedia defines domino effect as "a chain reaction that occurs when a small change causes a similar change nearby, which then will cause another similar change, and so on in linear sequence" until, I presume, there is nothing left nearby!

So, yes, if everyone follows this commendation, then all of us will end up totally blind when a single injury has been inflicted by anyone! Is this a Sikhi thing to do?

What does Sikhi say?

A fist for a fist?

In terms of the phrase "an eye for an eye", the Guru refers to fists. If someone hits you with their fist then don't hit them back but kiss their feet and return home. This is the advice given by Baba Farid.

Use of force is condemned in the holy Granth, Bhagat Kabir says that it is "tyranny to use force" and if you indulge in this practise, then when you face your day of judgment, "your face and mouth shall be beaten"

When force is allowed

Guru Gobind Singh in the Bani called Zafarnama which appears towards the end of the Dasam Granth says:

This bani by the tenth master is in Persian for the convenience of Aurangzeb who was the recipient of this letter, called the Zafarnama or "Declaration of Victory". It clearly defines the steps that are required to be taken before one can consider the use of force. Firstly, the Guru was surrounded by the enemy; secondly, the Sikhs had tried all types of negotiations; including an evacuation of the site. Only when all these options had been exhausted does the Guru say that force can be used.