From SikhiWiki
< SikhiWiki:Today's featured article
Jump to navigationJump to search
The right to wear the 5Ks 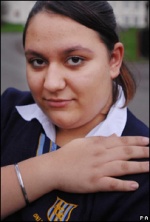 On February 5, 2008, at a preliminary hearing, a UK judge Sir Michael Harrison in Court 18 at the Royal Court of Justice in London decided not to allow a Sikh girl, Sarika Watkins-Singh to wear her Kara to school.

The Kara is one of the five articles of faith which is worn by all practising Sikhs. The decision was made before the case was heard at a full hearing several months later.

Fortunately, when the case was heard at a full trial by Mr Justice Silber, over 3 days from 17 June, 2008, he sided with the Sikh girl.

The deputy High Court judge decision at the first hearing was surprising as in 1983 the House of Lords, the supreme court in the UK decided that a school had violated the rights of a student, Gurinder Singh Mandla when he was not allowed to join the school because of his turban which he used to cover his kesh (uncut hair); one of the 5ks or Articles of faith. (see the full judgement Mandla v Dowell Lee).

In what appears an unbelievable statement, the deputy judge ruled: "Whilst I accept there will be detriment to the claimant (Sarika) if she is not able to wear the Kara in the interim, it does not seem to me that is anything like as significant as the detriment to the school if she were allowed to wear it."

This surprised a lot of Sikhs as it appears to encourage other organisations to freely discriminate and break the law as the "detriment to the claimant" may be less significant than to the opposite party. .....More