From SikhiWiki
(Redirected from Sarovar Kaulsar)
Jump to navigationJump to search 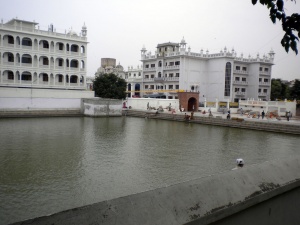 Mata Kaulan, against whom her 'father' the qazi had pronounced a death sentence, for showing devotion to Sikh gurus, was brought here discreetly by Sant Mian Mir who had laid the foundation stone of the Golden Temple. Mata Kaulan, who was allotted a special place near the Golden Temple and Baba Atal, spent her entire life there before breathing her last at Kartarpur.