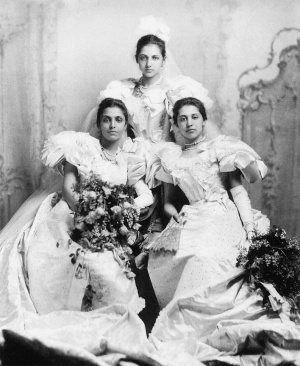 The history of the Suffragettes, who campaigned for women’s right to vote in the early 20th Century, seldom tells us that their cause had a notable Sikh supporter: Princess Sophia, daughter of Maharajah Duleep Singh.

Living in Faraday House, close to Hampton Court Palace, the Sikh Princesses, Catherine, Sophia and Bamba, were close to the militant suffragette residents in the Palace. Sophia was an active member of the Suffragette movement and took part in the 10,000 strong ‘Women’s War Work’ procession led by the legendary Emmeline Pankhurst.

A former exhibition at Hampton Court Palace featured photographs of the Princesses Catherine and Sophia Duleep Singh. Set in 17th Century apartments designed by Sir Christopher Wren, the exhibition also recorded the history of the Sikh servicemen stationed at the Palace with rare video footage provided by the Imperial War Museum.

Hampton Court Palace, set in exquisite surroundings alongside the River Thames, is open Monday to Sunday 10:00am to 6:00pm.

Read more about the ever changing exhibits and activities at Hampton Court Palace at http://www.hrp.org.uk/HamptonCourtPalace/