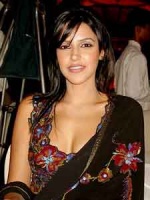 Neha was born to Commander Pradip Singh Dhupia, who is in the Indian Navy and mother Manpinder. She has a brother, Hardeep. Born in Cochin, Neha went to Army Public School, Dhaula Kuan, New Delhi and completed her Graduation in History (Hons) from Jesus and Mary College, New Delhi. Neha started her career with a TV serial Rajdhani at the age of 19.

Dhupia made her acting debut in a play in New Delhi called Graffiti. Thereafter she appeared in a music video for Indipop band Euphoria and also modeled for various advertisement campaigns. She then appeared in the TV serial "Rajdhani". In 2002 she entered the Femina Miss India pageant finishing in first place, winning the Femina Miss India Universe title, and was subsequently sent to the Miss Universe 2002 pageant in Puerto Rico. She was placed in the top 10.

Neha Dhupia made her début in Bollywood films with Qayamat: City Under Threat (2003) which was a success at the box office. She rose to popularity with her bold role in the film Julie which gave her the status of a sex symbol. She followed up her success with the dual role of twin sisters in Sheesha (2005) which did not do well at the box office. She has continued to appear in films such as Kyaa Kool Hai Hum (2005) and Shootout at Lokhandwala (2007) which did well at the box office and recently appeared in a segment of the anthology film Dus Kahaniyaan (2007).

Two of her latest films have been Paying Guest, and De Dana Dan which failed at the box office. She also worked on her first international project with Chris Kattan in IFC's Bollywood Hero. She is currently working on Vipul Shah's next directorial venture Action Replayy.

She also appeared alongside business tycoon Richard Branson when he came to India to promote Virgin Empire CEO. Branson made a cameo appearance alongside Neha in a action scene which saw him rescue her and then throw her over his shoulder and carry her off. She was later turned upside-down by Branson (a party trick of his) in a practical joke which caused a stir with the media in India.