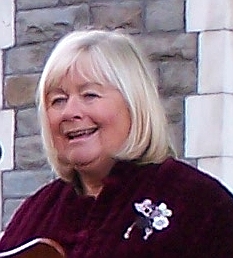 A GIRL banned from her school for wearing a religious wrist bangle should be allowed to return to her studies, according to Cynon Valley MP Ann Clwyd.

Sarika Watkins-Singh, aged 14, claims her human rights are being infringed by Aberdare Girls’ Comprehensive School, whose headteacher Jane Rosser and governors say her insistence on wearing the Kara – a symbol of Sikh identity – breaches a rule that forbids the wearing of jewellery.

The human rights organisation Liberty is seeking to challenge the school’s decision in the High Court.

Ms Clwyd has discussed the case with Sarika and her family, and says she is “firmly of the view” that the school is in breach of the Race Relations Act and the Human Rights Act.

“After considering all the circumstances, I believe that the Sikh girl currently excluded from Aberdare Girls’ School, in my constituency, for wearing a steel bangle, should be allowed to return to school and to wear the bangle,” said Ms Clwyd.

“The kara is a steel bangle that is one of the five physical items that every Sikh must wear as symbols of their faith."

“I urge the school and its governors to think again and to act in the interests of good race relations."

“The UK and Wales is rightly proud of its traditions of religious tolerance and it saddens me that this can be undermined by excluding Sarika over such an easily resolved issue."

“I am hoping the school will hold an emergency governors meeting in the next few days,” said the MP."

“It would be regrettable if this matter went to court."

“I have spoken to individual governors at the school and to the chief executive at Rhondda Cynon Taf Council."

“There is absolutely no doubt that the school is in the wrong here,” said Ms Clwyd.

THE governing body at Aberdare Girls’ School has said they reached their decision to ban Sikh pupil Sarika-Watkins Singh after much deliberation.

Ian Blake is chairman of the school’s governing body which considered a complaint and a subsequent appeal from the girl’s family after she was told she could not wear the Kara bangle to school.

Sarika was subsequently excluded by the school’s headteacher when she attended classes wearing it.

Rhondda Cynon Taf Council said this was even though the school’s long-standing code of conduct and the appeals and complaints committee stated it was not allowed.

Mr Blake said: “The code of conduct clearly states what jewellery is permitted, and this code is made clear to pupils not only before they join the school, but at the start of every new term thereafter.

“We continue to monitor and review the code of conduct to ensure it continues to reflect the diverse population of our school and its surrounding community, of which we are rightly proud,” he said.

“However, the fact remains the code has to be upheld and we made our decision only after a significant period of research into previous cases across the UK, interpretation of the law, including Human Rights and race relations legislation, and seeking legal guidance from the Local Education Authority."

“We remain committed to resolving this issue for the benefit of the school and its pupils,” said Mr Blake.

PLAID AM Leanne Wood is this week making a plea for Rhondda Cynon Taf Council and Aberdare Girls’ Comprehensive School to reconsider their exclusion of Sarika Singh.

The AM says that the local authority should expect to lose any court case for many reasons, including the fact that the school’s uniform policy does not ban religious attire and race equality legislation.

“There is cross-party support for Sarika,” said Ms Wood.

“She is the only Sikh pupil at the school, she was taught in isolation for nine weeks, then expelled for wearing the Kara – a modest and harmless expression of her faith."

“The uniform policy in question does not ban religious attire, yet the decision-makers arbitrarily banned this item."

“I feel this ban is unlawful according to both case precedent and statute,” she said, adding that Rhondda Cynon Taf Council should reverse the decision given the overwhelming evidence against them.

“Taxpayers should not have to pay huge legal costs because of their obstinacy.”

Jagtar Singh, secretary of the federation, said: “The Department for Education and Schools in England has said that if a headteacher or governing body were to deny a Sikh child one of their articles of faith, such as the bangle, then they would be breaking the law,” he said.

“If you are a practising Sikh, you have no choice, you have to have the Kara."

“It is the one symbol that virtually every single Sikh wears.”

“It is important for decision-makers to realise there is a legal right to freedom of religion and the expression of those beliefs,” she said.

“Of course, this needs to be balanced against the need for a sensible uniform policy, but I do not see why, in general, this bangle should be prohibited."

“I cannot see why this bangle should be prohibited – it’s nothing flashy,” she said.

“Sarika is being sensible and has agreed to remove her bangle for PE and other health and safety issues."

“I believe now is the time for the school to be sensible."

“Ultimately, it looks like it will be the courts which will make the decision on this.”

Rules can be changed

ANNA Brychan, director of the National Association of Head Teachers, Wales, believes rules can be changed.

“Schools have a right to devise regulations relating to what it is acceptable for pupils to wear after consultation,” she said.

“Potential students and their parents have an opportunity to decide whether they want to go to the school in the knowledge of those rules."

“Having said that, regulations can be changed and it would be helpful if the Assembly issued guidance covering this sensitive area,” said the head of the teaching union."

LAWYERS acting for school governors at Aberdare Girls’ Comprehensive School are drawing up a response to legal representations made on behalf of the Sikh pupil at the centre of a race row.

Sarika Watkins-Singh, aged 14, claims her human rights are being infringed by the headteacher and governors, who are banning her from wearing the kara bangle to school.

Last month a solicitor from the human rights organisation Liberty, which is backing Sarika, served notice on the school that she will be seeking a High Court judicial review of the ban.

Governors at the school have since met with officers from Rhondda Cynon Taf Council.

“This matter remains subject to a potential legal challenge brought on behalf of the pupil by her family."

“We know the governing body are considering the challenge and are working to provide a detailed and appropriate initial response."

“Rhondda Cynon Taf Council remains in a position where it is inappropriate at this time to over-rule, undermine or intervene in the ongoing potential legal situation."

“All it can do at this stage, as the local education authority, is continue to monitor the situation, provide support where appropriate, and remain committed to facilitating a resolution."

“This matter is clearly now subject to potential legal proceedings and, as such, it would be inappropriate to comment further.”

“The decision was only made after a prolonged process of checking the law, guidelines, and the legal position,” he said.

“Due to the announced legal proceedings, it would be inappropriate for us to comment further on this particular case."

“But it must be stressed that we are proud of the diverse population of this county and continue to work to ensure equality for all.”

AM Christine asks for common sense

CYNON Valley AM Christine Chapman is calling for common sense to prevail in the Aberdare Girls’School row.

“I believe the school should be more flexible,” said Mrs Chapman.

“I am aware that schools in Birmingham and Cardiff allow Sikh pupils to wear the Kara bangle, and that it is not an issue."

“I am very concerned that Sarika’s education is being affected by this dispute and I want it resolved quickly."

“This is not just about an individual girl anymore – the issue is much wider than that now."

“A balance has to be struck."

“Equality is not just about treating people equally – it is also understanding that people have different beliefs and needs."

“It is the same as asking a Sikh boy to remove his turban – this is clearly not acceptable.”

Sarika upset by ordeal SINCE her school ban, Sarika has become very upset, according to the organisation representing her.

The Valleys Race Equality Council (VALREC) says the 14-year-old has been left devastated and is missing all her school friends.

Group spokesman Tara Sinclair said: “Sarika wants nothing more than to return to school wearing what is a simple bangle."

“She is a very bright young girl and has ambitions of becoming a barrister when she leaves school.”