KURUKAL MANDAP - A village in Sri Lanka, visited by Guru Nanak Sahib and Bhai Mardana around 1574. The village which grew up after the Guru had camped here owes its name to Guru Nanak. Kurukul Mandap is Tamil meaning "Guru's Village." In sanskrit Gurukul means the Guru's house or abode and mandap means tent or pavillion. Local oral traditions tell of a visit by a saintly missionary from the Punjab to this area. According to a tradition Bhai Changa Bhatra a disciple of Guru Nanak's, mentioned in the Janamsakhis, came from this area.

The Bhattra Sikhs legends of origins vary, some tell that the Bhatra Sangat originated in an island called Singaldeep, thought to be Sri Lanka (a similar name was given to the island by the early seafaring traders of Arabia who called the island Sarandeep—Island of the Lions). Another oral tradition tells that the Bhattras originated in the Panjab as Bhai Changa Bhatra who had returned with Guru Nanak spread the Guru's teachings in the Panjab.

The word bhat or bhatta comes from Sanskrit and means to talk, by extension to tell stories or to be a bard, even today the Hinglish phrase to 'sling the bhat' means to talk. Notably, many men of the Bhat Sikhs migrated to England before the partition of India where they worked first as corner or sidewalk and door to door salesmen, "hawking" their goods before they began to take salaried jobs. One can relate the English words BArd, BArter and BAllad back to the orginal B(h)Att of India.

In the / SikhSpectrum.com / Quarterly, Issue No.17, August 2004 M.S. Ahluwalia, in his article titled, Guru Nanak in Ceylon, writes:

"Recent researches have led to the discovery of an inscription mentioning the name of "Nanak Acharya" about which further investigations are being carried out. It is however certain the very name (Nanak) mentioned in the inscription testify to the theory that Guru Nanak, the founder of Sikh religion, visited Sri Lanka during his last Udasi."

The following footnote appears in his article: 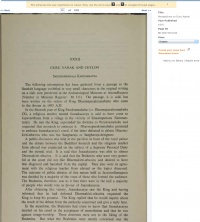 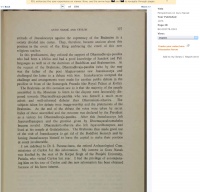 For more details and epigraphic evidence of Guru Nanak’s visit to Sri Lanka see S. Karunaratna’s article “Guru Nanak and Ceylon” in Harbans Singh (ed) Perspectives on Guru Nanak, Patiala, 1999. In his paper, the scholar, who is also a noted archaeologist, has examined an inscription in Sanskrit written on a slab, preserved in the Archaeological Museum at Anuradahpura (Sri Lanka) which testifies to the visit of Jananacharya (Nanak Acharya) to Jayavardhanapura during the rule of king Dharmaprakarambahu, a contemporary of Guru Nanak.