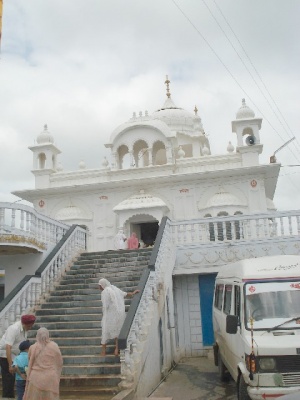 Gurdwara Tap Asthan Mai Bhago in Janwada village (pronounced Jinvara), Karnataka state, India is 11 kilometres from Bidar along the Bidar-Barauli-Auradh road. Mai Bhago, the surviving heroine of the battle of Muktsar, who had left Nanded after the passing of Guru Gobind Singh ended up settling near the important historic Gurdwara Nanak Jhira where she spent the rest of her saintly life at Jinwada in a house just outside the walls of the fortress of Bala Rao and Rustam Rao, two Maratha chiefs in whose release from captivity Guru Gobind Singh had been instrumental.

This house was maintained as a holy place after her death. When Gurdwara Nanak Jhira was occupied by Sikhs in 1948, they also acquired this house of Mai Bhago from its last caretaker, Gulab Rao, and set up "Gurdwara Tap Asthan Mai Bhago" - "Shrine of the place of meditation of Mai Bhago". It was a simple small room with a verandah in front maintained by the managing committee of Gurdwara Nanak Jhira Sahib, Bidar. 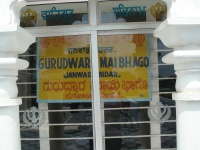