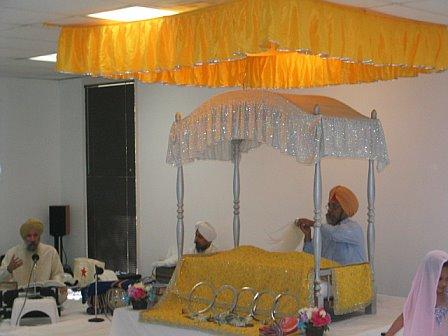 The Darbar sahib at Sikh Center of The Mid South, Memphis 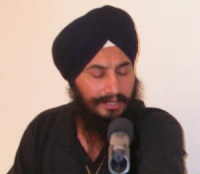 Bhai Amarjit Singh is a senior student of Gyani Dyal Singh Ji's. He was born in Delhi in 1961. His grandfather, Gyani Darshan Singh Ji, who served as the head granthi of Gurdwara Bangla Sahib was a Guru-Bhai of Gyani Dyal Singh Ji's, as they were both students of Gyani Hardit Singh Ji at the Rakabganj Vidyalay. Gyani Darshan Singh Ji hailed from Moradabad but had settled in Delhi. As a child, Bhai Amarjit Singh developed a desire to study Gurmat Sangeet.

In 1974 he joined the Rakab Ganj Vidyalay to study with Gyani Dyal Singh, but left after a year to join the Kirtan school at Taran Taran. He returned to Delhi a year later to continue his studies with Gyani Dyal Singh Ji, which were completed in 1979. Bhai Amarjit Singh then formed his own Jatha and started Kirtan Seva at various gurdwaras, touring Japan, Thailand, Hong Kong & Canada. In 1990 Bhai Amarjit Singh moved to the Boston area, where he lived for eight years, offering Kirtan Serva at the Milford and Millis Gurudwaras where he also taught several students Kirtan and Tabla. In 1998 Bhai Sahib moved to Memphis, Tennesee, where he now lives with his family.

Sikh Center Of The Mid South