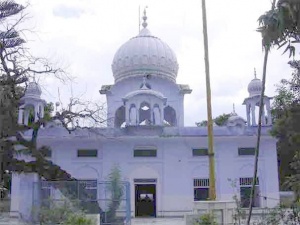 Gurdwara Guru Ka Bagh is a sikh shrine about three kilometers east of Takht Patna Sahib is where Guru Tegh Bahadur first alighted in a garden (bagh) belonging to Nawabs Rahim Bakhsh and Karim Bakhsh, nobles of Patna, and where the sangat of Patna along with the young Sahibzada came out to receive him back from his four year long odyssey. Here, after this visit of the 9th sikh Guru Tegh Bahadur Ji, the dry Bagh became lush and Green with plantlife. A shrine commemorative of the first meeting of Holy Father and son was established here soon after. Its present building was constructed during the 1970s and 1980s. 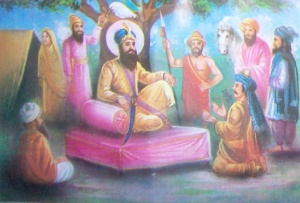 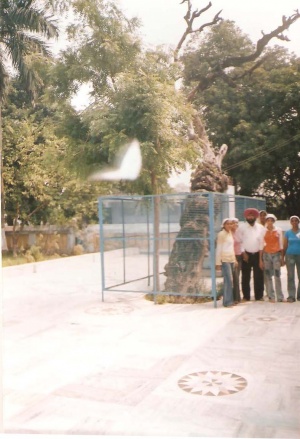 Getting the news of Dashmesh ji’s birth, 9th Guru Shri Guru Tegh Bahadur ji returned from Assam to Patna and stayed in an aged and dried Bagh which turned into whole greenry and fruitful. This miracle is also mentioned in Dukh Bhanjani Sahib

Seeing that miracle people went to the owner of the Bagh, Nawab. Nawab delighted to get that news. Then Nawab approached Guru ji and took blessings of Guru ji and gifted whole Bagh to Guru ji. That it why it is called as Guru Ka Bagh.

One Sadhu Mahatma was also living in that Bagh who was worshiping for a quite long time. Seeing that miracle he said that it is a magic and Guru ji is a magician. Hearing that Guru ji went to him and said Mahatma ji you had worshiped a lot but you are still not free from Maaya. To bring him on the right path , Guru ji ordered a Sikh to bring the things from the nearby well.

Obeying the order he took out one lota (gadvi) and one beragan from the well. Guru ji kept both the things before Mahatma and said these things were floated away when you were taking bathe in the river. Now I am returning your belongings to you. Mahatma recognized both the things. And fell before Guru ji. Conveying him the message of one God, Guru ji freed him from this world. Then Guru ji gave blessings to that well, any childless woman bathed there on every seventh, she would definitely have a child. 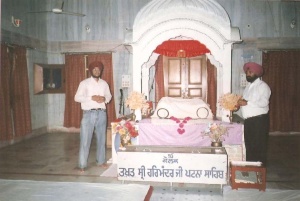 Following thing are preserved in this Gurudwara 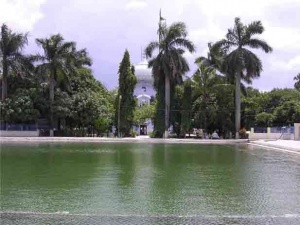 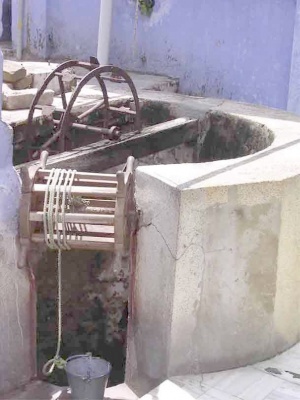 Two Muslim nawab brothers of great repute at Patna, namely Rahim Bux and Karim Bux had great devotion towards Guru Nanak house. They were very much impressed by heavenly child Gobind Rai. As we have mentioned earlier that from the very childhood Gobind Rai had become popular because of his various activities.

When Guru Tegh Bahadur father of (Guru) Gobind Singh returned from his Assam and Bengal tour he made his temporary halt outside Patna City in the deserted garden of two above mentioned nawab brothers.

The holy visit of Guru Tegh Bahadur turned the dry and deserted garden into greenery. As this incident was reported to Muslim brothers they reached to see the revered Guru and their garden along with their courtiers. Guru Tegh Bahadur asked three times the nawab brothers about the ownership of the garden. The nawab brothers decided to donate it in the name of Guru as it was turned green because of holy and pious visit of Gurujee. They submissively requested to accept their little offer of the garden. It is about 4 kms from the Takhat Patna Saheb on Patna-Fatwah Road.

At present this garden is popularly known as "Gurudwara Guru Ka Bagh". There is a Sarowar and beautiful gurudwara. It was the place where Guru Tegh Bahadur met his son for the first time.