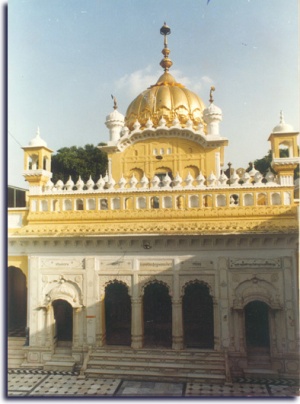 Gurdwara Dehra Sahib is situated opposite the Royal Mosque or Shahi Masjid. At the place where after many days of torture, the fifth Guru dissapeared into the River Ravi, after his guards allowed Guru Arjan to take a bath to cool his many burns. In those days, the Ravi flowed along the wall of the fort. The Guru's light rejoined the light eternal on 30th May, 1606.

His son Guru Hargobind visited the site of his father's torture in 1619 when he had a memorial rostrum built to commemorate the martyrdom of Guru Arjan. Later Maharaja Ranjit Singh had a small but beautiful Gurdwara built here. As the Maharaja's Gurdwara had no congregational hall one was attached to Gurdwara in 1909, after which daily congregations were regularly held. After that a sarai (rooms for visitors) and a marble gate was erected along with a Nishan Sahib (flag post).

In 1925 A.D. a local committee was formed to tend to the Gurdwara, which was replaced when in 1927, the S.G.P.C. took over the management and started rebuilding the Gurdwara on 21th April, 1930. All the work was completed on 9th September, 1934, including resurfacing the domes in gold. Then the clay areas to each side of the Gurdwara were paved.

The number of devotees in daily congregations soon increased necessitating further plans to extend the Gurdwara's capacity. Plans were drawn out, but due to the partition of the country, they could not be accomplished. On 9th September 1947, after all the hard work on the Gurdwara had to abandon their gurdwara to save their lives.

The recitation of Sri Guru Granth Sahib at this Gurdwara now continues daily. Two Singhs render daily service to this shrine. Every year at the occasion of the martyrdom of Guru Arjan Dev Ji (On Shahidi Jor Mela) Sikh devotees visit the shrine to pay homage to the great Guru. 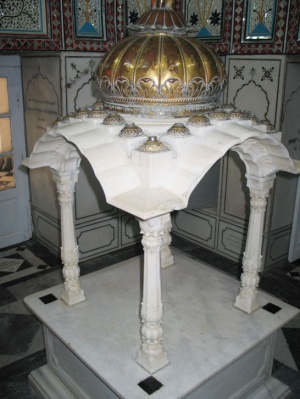 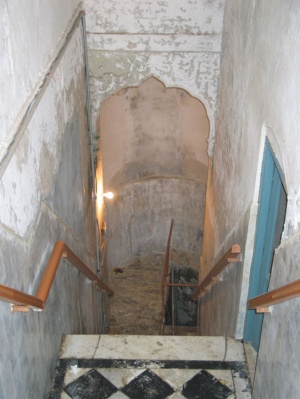 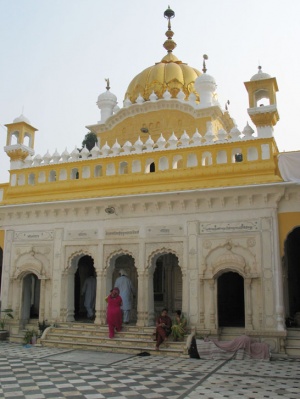 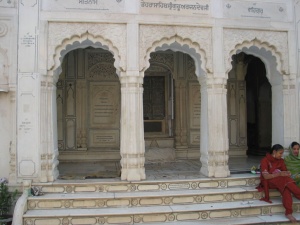