Gurdwara Bhatta Sahib:- This Gurdwara commemorates the visit of tenth Guru Sri Gobind Singh. There is a fascinating story about this place. Here by the touch of the hoof of Guru's horse the red hot brick kiln (Bhatha) instantaneously cooled down. The then local Pathan Chief, Nihang Khan a sincere devotee of the Guru at a great personal risk, looked after the Guru and his followers. The gurudwara is on the main highway from Chandigarh to Kulu and Kangra valleys. Nearest airport Chandigarh is only 40 km away. It is only at a distance of 5 km from Ropar on the left bank of the river Sutlej, where remains of an old Harappan city of ancient civilization were discovered by Archaeological Department of Government of India.

The tourist bungalow on the left bank of the river Sutlej, is frequented by large number of tourists on their way to Bhakra Nangal, Kulu Valley, and Anandpur Gurdwara Bhatta Sahib is a historical Gurdwara where Guru Gobind Singh came four times. Guru ji came here for the first time in 1745 B.K. He was returning to Anandpur after winning the battle of Bhangani. It is said that when Guruji asked for a place to stay, the labourers working at the Bhatta - Kiln pointed towards the burning `Kiln'. Ignorent labourers did not realised whom they were talking too. As soon as the horse of Guru stepped on the burning kiln it became cold. Chaudhary Nihang Khan the owner of the Bhatta who was in his Qila was informed about this event. He rushed to Bhatta and to his astonishment saw Guru Gobind singh Ji sitting on the Bhatta. Chaudhary bowed his head in front of the Guru and asked for pardon.

He took Guruji to his fort and gave necessary amenities to his army. For the second time Guru Gobind Singh Ji came to the engagement of Alam Khan the son of Nihang Khan in 1752 BK. For the third time in 1759 after returning from Kurukshetra, Guruji came to Bhatta Sahib. For the fourth time, the Guru Ji came to Bhatta after leaving Anandpur Sahib forever in 1761 B.K. Prakash Diwas of 1st, 5th and 10th Patshahi, Sangrand with Amrit Sanchar, Jor Mela from 1st Poh to 4th Poh and Anniversary of Baba Jiwan Singh Ji on 11th are organised here.

Location: Gurdwara Bhatta Sahib is situated in village Kotla Nihang on Ropar - Chandigarh Road. It is 3 km. from the Ropar Railway Station and 40 km. from Anandpur Sahib. 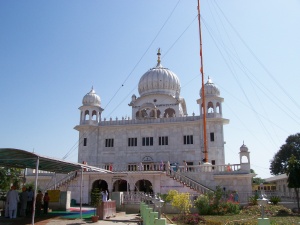 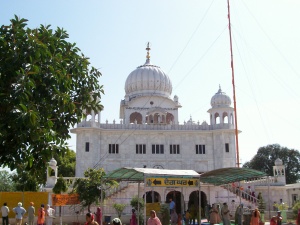 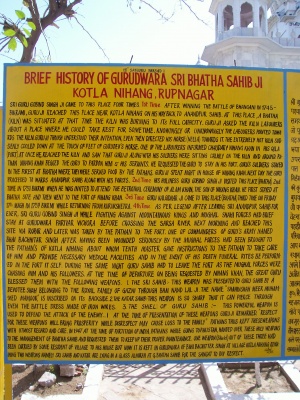 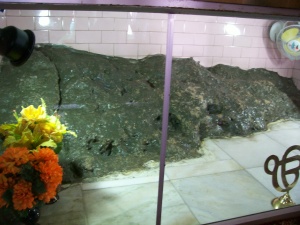