From SikhiWiki
(Redirected from GNNSJ)
Jump to navigationJump to search

This is a Sikh organisation based in England, UK which was formed by Baba Puran Singh, Kericho wala in about 1974. Their work spans the whole of the globe with special projects taking place in Africa and India. This organisation has various Gurdwaras in the UK, Kenya and India.

Their headquarters are at: Guru Nanak Nishkam Sewak Jatha, 18 - 20 Soho Road, Birmingham, B21

Other sites are at:

The organisation has had 3 leaders:

The GNNSJ jatha has also met with Pope John Paul II, Pope Benedict XVI and Kofi Anann (Former UN Secretary-General). The GNNSJ jatha has had many worldwide projects including kar sewas of Amritsar, Anandpur Sahib Hazoor Sahib, Damdama Sahib. The Gurdwaras were respnosible for the funding of the restoration of the gold plated cladding of the Harmandar Saheb. This asthaan is the only Gurdwara in Europe that provides a sustained oppurtunity to take Amrit every month and has been doing so since its creation well over 30 years ago. 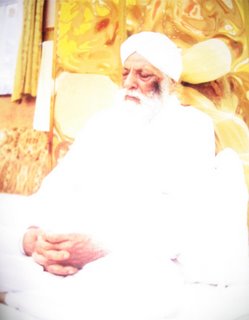 Guru Nanak Niskham Sevak Jatha (GNNSJ) is a Sikh organisation (Jatha) founded on the principles of selfless service to humanity (Niskham Sewa) in the name of Sri Guru Nanak Dev Ji Maharaaj, the founder of the Sikh faith. A registered charity, the headquarters are in Birmingham, UK, with branches in the Indian subcontinent, where Sikhism first emerged, and in Africa, where GNNSJ was first established amongst a community of Sikh settlers by its founding Saint, Sant Baba Puran Singh Ji of Kericho. He was a Saint, but also a family man, who earned a living through honest toil and, through many projects, contributed selflessly to the welfare of those around him, irrespective of background.

Sant Baba Puran Singh Ji's example motivated many Sikhs to make the threefold teachings of the Sikh faith a living and working reality: Naam Japo, Kirat Karo, Wand Ke Chhako - kindle your spiritual flame through rememberance of the Divine Name; put sincere and humble effort into your daily work; share with others the fruits of your labour. This has made Sikhism a practical religion, where personal spiritual development is set in the context of family and community life and channelled into serving God's wider creation. Over the years, GNNSJ has dedicated itself to keeping this spirit alive and well. 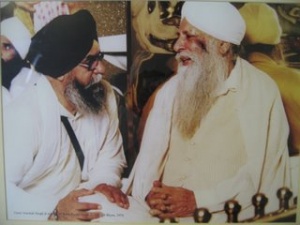 The Gurdwara offers Langar (free vegetarian meals) twenty four hours a day. Langar is another practical manifestation of the belief in equality. Everybody shares the same food and sits at the same level when eating. The Gurdwara site is spread approx 2.7 square arces on Soho Road, Handsworth. The premises (18-20 Soho Road) were formally a club belonging to the Polish community. It was purchased around 1977 and converted in stages, with mainly voluntary efforts (Niskham Seva), into its present facilities. Adjoining properties were aquired over the years. All funds for the charity work are raised from voluntary donations. No fees are expected for any of the services or facilities provided by the Gurdwara.

One is able to donate whatever one can afford. All devotees are volunteer workers and do not get paid. Self-help, self-reliance and community participation is encouraged and practiced. In accordance to the principles laid down by the founders, large numbers of people get baptised at the main Gurdwara in Soho Road, Birmingham every month. It is the only Gurdwara in Europe that offers a sustained opportunity to get baptised into the Sikh faith, and has been doing so monthly for over twenty years. 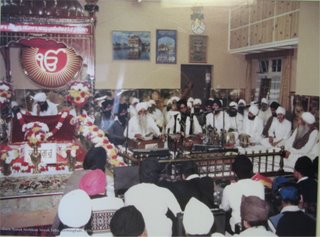 This picture shows how Darbar Hall one at GNNSJ, B'ham UK, looked when the Gurdwara was opened. Giani Amolak Singh Ji, Bhai Shadi Singh Ji and Bhai Gurmeet Singh Ji are blessed with the Seva of Shabad Kirtan in the presence of Sri Guru Granth Sahib Ji Maharaaj. Sant Baba Puran Singh Ji is sitting, listening to the Kirtan on the far right of the picture. 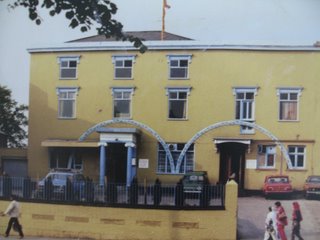 This picture shows how the Gurdwara first looked when it was opened by Sant Baba Puran Singh Ji, around 1977.

Recently, new buildings were aquired by GNNSJ, inlcuding a massive warehouse and a run down building opposite the Gurdwara on Soho Road. Both buildings are to be converted into educational facilities, including a school and nursery, etc.

In 2006, the GNNSJ jatha completed the building of the NCA (Nishkam Civic Association) which has many facilities and uses such as learn direct, a gym (with a sauna and showers) and conference halls with an exhibition of Anglo-Sikh heritage to promote inter-community relations. 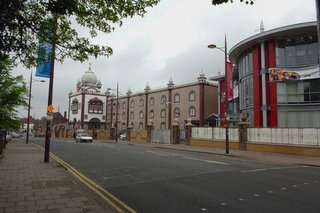 This picture shows how the Gurdwara looks today, 2006. On the far right of the picture (red building) is the newly opened Niskham Centre for Excellence which will be a great benefit to the whole community. This centre will only be used for educational lectures\classes, exhibitions, conferences, Religious Sikh events etc. The centre also has a professional gym in the basement.

If you wish to make a donation to the charity you can use the following details: 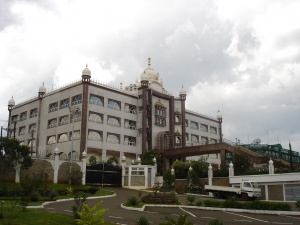 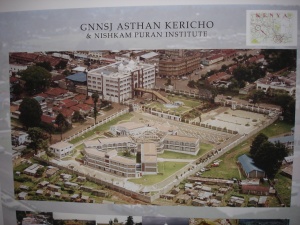