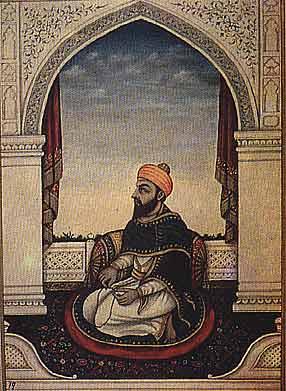 Faqir AZIZ UDDIN also 'Aziz udDin (1780-1845), physician, diplomat, and foreign minister at the court of Maharaja Ranjit Singh, was the eldest son of Ghulam Mohy udDin, a leading physician of Lahore. Of his two brothers, Nur udDin held charge of the city of Lahore and had been governor of Gujrat, and Imam udDin was qilahdar (garrison commander) of the Fort of Gobindgarh. The family claims its descent from Ansari Arab immigrants from Bukhara, in Central Asia, who settled in Lahore as "hakims" or physicians. Hakim is the original title by which 'Aziz udDin was known, the prefix Faqir appearing for the first time in the official British correspondence only after 1826. Faqir, Persian for a mendicant or dervish, was adopted by 'Aziz udDin as a mark of simplicity and humility. In the court he was referred to as Faqir Raza, mendicant by choice.

In 1799, when Ranjit Singh occupied Lahore, 'Aziz udDin was undergoing apprenticeship under the principal Lahore physician, Hakim Hakim Rai. Summoned to treat the Maharaja for an ophthalmic ailment, the latter deputed his pupil to attend on the patient. Ranjit Singh, impressed by the intelligence and skill of the young man, soon appointed him his personal physician and assigned a J'ag'ir to him. He was also entrusted with drafting State papers in Persian. This brought him still closer to the Maharaja who began to repose great confidence in him for his ability correctly to interpret his policy. Faqir 'Aziz udDin's first major diplomatic assignment was to look after Charles Metcaife, the British envoy, and to help in the Maharaja's negotiations with him which culminated in the Treaty of Amritsar (1809).

He held negotiations on behalf of the Sikh ruler with David Ochterlonyin 1810. In 1813, he was deputed to settle the country and dependencies of Attock and negotiated the transfer to the Sikhs of the Fort, by the Afghan governor Jahandad Khan, who accepted the offer of a jagir. Thereafter, throughout Ranjit Singh's reign, Faqir 'Aziz udDin remained almost solely responsible for the conduct of foreign relations of the Sikh kingdom. In 1815, he held parleys with the rajas of Mandi and Rajauri and with the Nawab of Bahawalpur. In 1823, he was sent to Peshawar to realize tribute from Yar Muhammad Khan Barakzai. After the death of Raja Sansar Chand of Kangra in 1824, his son, Anirodh Chand, demurred to the payment of nazrana to Ranjit Singh. 'Aziz udDin met him at Nadaun and brought him round to pay homage to the Maharaja and get his succession recognized. In 1827, he travelled to Shimla with a goodwill mission to call on Lord Amherst, the British governor general.

In April 1831, a similar mission waited upon Lord William Bentinck. Faqir 'Aziz udDin was again a member and, although Sardar Hari Singh Nalwa was the leader, the latter had royal instruction to rely on the counsel and advice of Diwan Moti Ram and "the resourceful Faqir." During the famous Ropar meeting between Ranjit Singh and William Bentinck in October 1831, 'Aziz udDin, through Captain Wade and Prinsep, acted as an interpreter between the two chiefs. He conducted negotiations that led to the signing of the Tripartite Treaty of 1838 aimed at putting Shah Shuja' on the throne of Kabul, and acted as the Maharaja's interpreter during his meeting with Lord Auckland towards the end of 1838.

Faqir 'Aziz udDin has been described as "the oracle of the Maharaja" and as "his master's mouthpiece." He was learned in Arabic as well as in Persian and was "the most eloquent man of his day"…"as able with his pen as with his tongue." He was one of the Maharaja's most polished and accomplished courtiers, with a very gentle and affable manner and with a very catholic outlook. The Maharaja had complete trust in him and rewarded him with jagirs and honours.

'Aziz udDin continued in the service of the Sikh State after the death of Ranjit Singh. He represented Maharaja Kharak Singh on a complimentary mission to Lord Auckland at Shimla in December 1839, and waited upon Lord Ellenborough at Firozpur in December 1842, under Maharaja Sher Singh's instruction. He remained scrupulously aloof from factional intrigues which had overtaken Lahore after Ranjit Singh's death. Saddened at the turn events had taken and by the death of two of his sons, he died in Lahore on 3 December 1845.