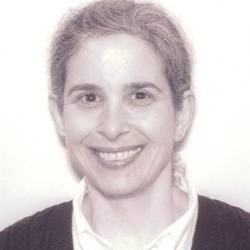 Having been born into a family of another faith, my spiritual journey of becoming a Sikh obviously did not begin along with my first steps.

For the most part, my family’s religiosity was limited to cultural identification, at best. The few members who were observant to any degree felt that it was of little or no importance for children of my gender to become familiar with more than the most rudimentary basics of the creed.

Therefore, any in-depth exploration of the faith of my forefathers did not start to take place until my early twenties, a time when one often begins to wrestle with the cosmic questions involved in trying to find one’s own place in the world. I eventually managed to gain a fair amount of knowledge of its tenets and texts, and can sincerely say that I practised it to the best of my ability, amongst some of my more progressive co-religionists, for almost two decades.

However, for many reasons, the impression that I had found the spiritual truths I had been seeking did not last. The gradual process of disillusionment and disengagement was an arduous and soul-wrenching one, culminating in acceptance of the realization that this was not the Path for which I had been created.

In retrospect, I do not regard these years as a waste of precious time prior to embarking upon my journey towards embracing Sikhi. Introspection and self-knowledge are, after all, the key components of an examined life. Guru Amar Das alludes to such activity when in Anand Sahib, he asks, “Eh sareera merya iss jeg meh aye kae, kya tudh karam kamayya.”

The skills of critical thinking and textual analysis that I was, to a modest degree, able to cultivate, are valuable tools I am certainly striving to fully develop as an indispensable part of the lifelong learning that makes one, by definition, a true “Sikh” or “student.”

Furthermore, one cannot genuinely discard something one has never really known or possessed. Renouncing the religion of one’s birth in order to be able to freely commit to a chosen faith is a highly serious act, not a decision ever to be taken lightly or casually, but only in the most conscious and informed manner possible.

My “date with destiny” arrived quite unannounced one evening via the Internet, while doing some personal research on the attitudes of various religions towards vegetarianism. (I’ve been one of those for more than twenty-five years.) There is no other way to describe my initial attraction to Sikhi than to say I was, and still am, utterly magnetized. It was not only an intellectual reaction, but a visceral one as well.

The more I learned about it, the more I thought it sounded almost too good to be true. So, being a totally voracious and insatiable reader, I began to devour everything I could get my hands on that had anything to do with Sikhi. Looking back, I realize now that much of it was of little or no worth, like stilted translations of Guru Granth Sahib or preachy treatises on how Sikhs ‘are really just Hindus, with long, unshorn hair. ‘

With time, I began to get a bit better at separating the gold from the dross. I was entranced to learn that Sikhi was not an esoteric conglomeration of arcane, medieval rules, but a relevant, vibrant faith designed to be the framework of everyday life as an actively engaged, fully contributing member of society.

I began to hope that one day I, too, might be able to decipher this “blueprint for living” of the Gurus’ timeless and universal teachings, and incorporate their wisdom into my own existence in a meaningful and productive way. I even dared to dream that some day, I might be able to savor the incomparable poetic beauty of the original texts.

It is true that much of what is involved in a spiritual journey is indeed between the individual seeker and the Deity. It sounds nice to say, “I just need to be acceptable to myself and to my Maker, and I don’t care what other people think.” But is it not major hubris to believe we know exactly what the Creator finds acceptable?

Also, in reality, this kind of attitude misses much of the larger picture; no one exists in a vacuum. Sangat is critical to self-development. I needed to be able to find a legitimate place for myself within the community of my newly-chosen faith, a place I could never have the privilege of simply and comfortably “slipping into” due to accident of birth.

To the absolute disbelief and horror of my friends and relatives, I started going to gurdwara on a regular basis, where I was, and still am, the only non-Punjabi. During another fateful moment on the Internet, I found some fantastic excerpts from three books written by a “Dr. I.J. Singh,” which I read with enormous interest.

As we both work in New York City, I contacted him. He has since become a true friend and a trusted guide, as well as a constant catalyst of my growth and progress on the Sikh Panth. It soon became clear to me that I had arrived at one of those “points of no return” that occur so infrequently over the course of a lifetime. I knew then that my journey of becoming a Sikh had begun; no matter what challenges awaited me, I could not and would not turn back.

Through Dr. Singh, I was introduced to cyber-sangats of Sikhs from many countries and backgrounds with whom I can share ideas and experiences. The warm welcome I received exceeded my highest expectations. I now feel that as a member of Guru Ji’s family, I have found my true spiritual home.

Inside my own head and heart, I am already a Sikh. But it is essential to me to be able to acknowledge my commitment to Sikhi not only internally, but externally by the actions I choose to take. By becoming a “recognizable Sikh,” I can more seamlessly merge my internal reality with my external form.

Since I have been keeping Kesh, I have been giving much thought and attention to the enormous importance and centrality of all the Kakkars. I know that true understanding of Sikhi can only come through submission to Hukam. Clearly, the Kakkars, as a manifestation of Hukam, are indispensable in getting one to focus on deepening one’s love for Guru Ji, appreciating His priceless gifts of Kirpa, and increasing one’s interior and exterior discipline. I have such a hunger to begin wearing these beautiful articles of faith.

Becoming Amritdhari is only one more step on the very long path I will be on for the rest of my life; it does not signify actually reaching the end. Nevertheless, it is not only an extremely important step, but an essential one. There is so much I must learn to become ready to achieve this goal, but isn’t being a constant student what being a Sikh is all about? The learning will never end, nor would I want it to!

I know that there will be numerous new responsibilities I will incur, and I must be prepared to do my best to fulfil them. It will be up to me to formulate my own personal responses to the many vital issues I will need to address. What kind of Seva should I perform? How can I equip myself to fight every day, even if only on the “battlefield of the mind?” How can I be a truly worthy daughter of Guru Gobind Singh? And what does answering the Guru’s call for a head really entail?

Although I am not, and can never be, a Punjabi Sikh, I want to be legitimately and inextricably linked to Sikh history and heritage through the centuries, to that Vaisakhi of 1699 when the Sikh nation was created. I want to be unequivocally considered a Sikh by all other Sikhs, no matter what their particular definition might be. I want to make a formal and public commitment to my chosen faith.

For me, there is no other way to accomplish these things than by taking Amrit. With Guru Ji’s grace, that day will come.