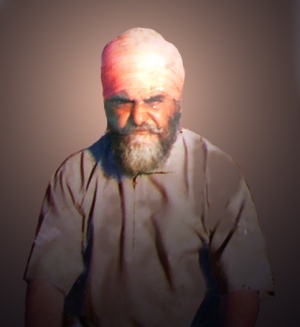 Dera Hoti Mardan was established by Baba Karam Singh in 1860 at Kala-Pani near Hoti Mardan in Peshawar district (NWFP). It became popular by the name of Hoti Mardan. It had 500 acres of land. The income was mainly from land and offerings.

The management of the establishment was directly under the control of a Sant who was second-in-command. He assigned all the duties to different persons. The successions to the headship of the DERA was on the basis of merits. Baba Karam Singh was succeeded by Baba Aya Singh, Baba Ram Singh and Baba Majha Singh, in this order. Sant Jawala Singh, Dera Santgarh, was a disciple of Sant Aiya Singh before serving in WWI.

In 1937, this establishment came under the guidance of Baba Majha Singh, who belonged to the Lubana community. This establishment did a lot to eradicate such social evils as untouchability, purdah and use of intoxications. Langar & Kirtan were the daily programmes.

After the partition of the India and Pakistan in 1947 this dera was shifted to Maksudpur in the present Kapurthala district. Nowadays the dera continues to render very valuable services to the Lubana community through education and social reforms. 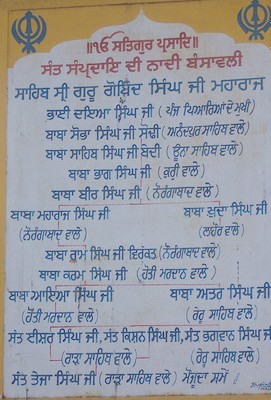