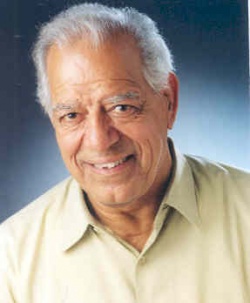 He was a well-known wrestler before he started acting in Hindi films in 1962.

Dara Singh is from India's state of Punjab. Due to his physique he was encouraged to study Pehlwani, an Indian style of wrestling, in the milked sand wrestling pits of India called "akhara". During the 1940's and 1950's, Dara Singh was a favourite in wrestling tournaments in India.

In addition to this he wrestled on invitation of the kings of various Indian princely states and wrestled frequently in haats and melas (fairs and carnivals). He also successfully competed against some of the greatest names in wrestling history including Stanislaus Zbyszko, and professional wrestlers in the United States.

In May 1994 he was involved in a typical bit of 'professional' wrestling chicanery, in a match with a wrestler, imitating the WWE's 'Undertaker' (once the reigning champion of the American wrestling scene) in an IWF (Indian Wrestling Federation) championship match. The match was fixed between Baljit Singh and The Undertaker at Worli Mumbai's Vallabbhai Patel Stadium and the Referee for the match was an IWF official RATAN.

Throughout the match The Undertaker dominated Baljit Singh, but as the IWF would be humiliated if a foreigner defeated an Indian on Indian soil, Dara Singh along-with his brother entered the ring and helped Baljit win the match. Baljit was then awarded the IWF championship belt at a ceremony. The belt was sponsored by Hitsu Jewellers Worli Naka.

From an Indian Wrestling Champion to the World Championship, Dara Singh has competed against some of the greatest names in wrestling history including Lou Thesz. He has defeated some of the former world champion wrestlers including the great Stanislaus Zbyszko. 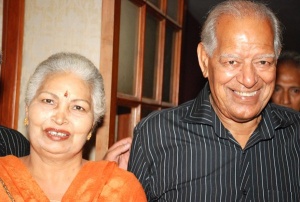 Upon his return to India he gained unprecedented popularity by having bouts of wrestling across the country in the 1940s and 50s. He than translated this to celluloid fame by making a large number of B grade films which had him in the lead. One of his noticeable finds was the actress Mumtaz. He then went on to 1980s and 90s T.V fame when he played the role of Hanuman in the television adaptation of the epic Ramayana. The series is amongst the most widely viewed in history. He has acted in over 100 films. His latest movie is a Punjabi movie "Dil Apna Punjabi".