Bhai Sahib Bhai Jasbir Singh Ji Khalsa, Khannewale (VEERJI) was born in Chakri Village in undivided Punjab. He was born into a family of simple means. His father Sardar Inder Singh was a custodian and his mother Sardarni Parvati Kaur was a pious and religious lady who was the source of inspiration for Bhai Sahib's keen interest in religious studies since his childhood. He was two and half years old when his parents shifted to Amritsar during the partition of the country.

After that the family shifted to Sangrur where Bhai sahib had his academic qualification. He used to take keen interest in religious study and usually had discussion on religious matters by giving all aspects of Gurbani while putting his point of view in each discussion/smagam. Then at the early age, suddenly he lost his father. The family took the tragedy as a Hukam of Akal Purakh.

From his early age Bhai Sahib Bhai Jasbir Singh Ji Khalsa was generous in making friends and was forced to stand against all odds on truth. He was very inquisitive about the meaning of life and had inculcated a belief in the unity of God and practised the philosophy/thought/of Gurbani in his real life. From his youngest years, he was an unusually gifted child who learned easily. In every field of life, whether it was his academic studies, his social interactions or his religious studies he was eager to get to the very roots of every aspect. As a young man Bhai Sahib used to spend long hours absorbed in meditation and spent many more discussing religion with the holy men he came in contact with. Years later he moved to Khanna to settle his business, but even though he worked during the day, in the ambrosial hours of the breaking dawn, he would meditate and recite Kirtan and make all Sangat to pray to God Almighty as envisaged in Gurbani.

His Kirtan recordings played around the World 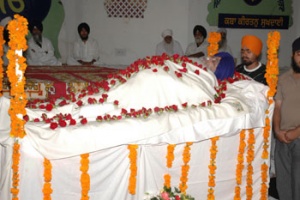 As a Gursikh he was always humble, seeing himself as the servant of guru and sangat. As a true sikh and follower of the sikh religion, he did not believe in caste and had a strong belief in the basic principles of Gurbani. He always preached the basic principles of Shabad Guru and all the illustrations in kathas always carries the authenticity of gurbani as envisaged in Shri Guru Granth Sahib ji in its true spirit. He traveled extensively throughout the country to spread the message of the Sikh Gurus. 'Veerji', as he was affectionately known, chose this medium to preach the message of Shri Guru Granth Sahib while giving practical illustrations, because this was easily understood by the population of the time. Wherever he went he always asked the people to follow the basic principles of Shabad Guru as Gurbani of Shri Guru Granth Sahib speaks on this line. He also sat up local cells at different stations to recite Kirtan where Sangats could gather to recite Gurbani for the spiritual enlightenment of mankind. He also opened various platforms for the service of humanity. He always inspired people to help the needy irrespective of caste and creed. Always he recited Kirtan and Kathas in the praise of God Almighty strictly from the lines of Gurbani and only the Gurbani of the Shri Guru Granth Sahib Ji.

With the blessing of God Almighty and the help of the local Sangat 'Veerji' was able to build Gurdwara Akal Ashram at Sohana near Chandigarh. He always unselfishly performed Nishkam Kirtan Sewa throughout the Country for Sikhi Parchar and social welfare. Also with the inspiration and blessing of Shri Guru Granth Sahib Ji he was instrumental in providing ambulance facilities for accident and trauma cases, along with first aid facilities located along different highways. All his actions and works have always been based solely on the philosophy of Gurbani of the Sikh Religion.

Bhai Jasbir Singh was awarded the "Nishkam Kirtan" on 24.04.1996 by Akal Takhat Sahib, the highest temporal seat of Sikhs.

In his preaching he often talked about drug de-addiction and always worked to inspire people not only to work to end the curse of drug addiction, but to work to control the spread of AIDS, to bring sight to the sightless through stressing the need for eye donations, environmental pollution, etc. He was also instrumental in spreading the message of the 10th Guru; Shri Guru Gobind Singh Ji for Amrit sanchar and undertook various sermons for Amrit Sanchar and thousands of people have been baptized by his efforts. On the occasion of 300th Anniversary of the Sikh Religion, with the blessing of Guru Granth Sahib he inspired more than 12000 people to take Amrit and had them baptized at Shri Anandpur sahib, District Ropar; the birthplace of the Khalsa. 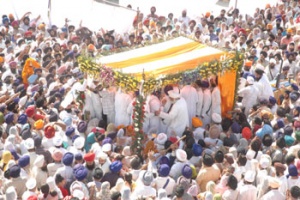 The following site is dedicated to Bhai sahib : http://www.panthrattan.com * [2]

As we approach the new millennium, there is an increasing demand for an enhanced quality of life through quality of vision. In India over 2 million people, the majority of whom are children below 12, suffer from corneal blindness and every year around 25,000 more are added. To combat such a serious problem Sri Guru Harkrishan Sahib Charitable Eye Hospital, an ultra modern and well-equipped hospital provides eye care to the general public. It gives us immense pleasure and satisfaction to thank Bhai Sahib Bhai Jasbir Singh Khalsa, Khannewale (Chairman of the Hospital Trust) for establishing this trust. Bhai Sahib Ji was inspired by the life style and philosophy of Sant Attar Singh Ji Mastuana Sahib and Sant Niranjan Singh Ji of Patiala to serve the people without any discrimination.

With the above said objectives and the noble concept of "Pay If You Can" and in "Service to the Poor", the Sri Guru Harkrishan Sahib Charitable Eye Hospital Trust, Sohana District Mohali was constituted on 27.07.93 with the noble object of establishing the most Modern and State of the Art Eye Hospital at Sohana near Mohali, to serve the millions of eye patients of the country, irrespective of caste, creed or religion, to remove the miseries of millions of eye patients who were previously unable to afford any treatment.

No patient, rich or poor, whether he can pay or not, leaves the hospital without proper treatment. The expenses for surgery and medicines are covered by the charges paid by those persons who can well afford to pay. 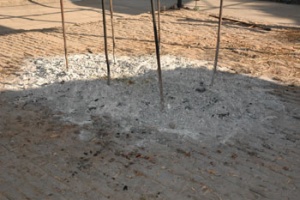 On October 14, 2006 at the age of 62 while at his residence at Gurdwara Akal Ashram, Sohana Veerji suffered a heart attack and was immediately taken to the Shri Guru Harkrishan Charitable Hospital where he passed away.

He is survived by his wife Bibi Daljit Kaur, and two sons, Bhai Jagmohan Singh and Bhai Jatinder Mohan Singh.