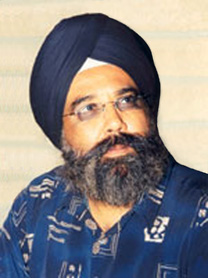 Bhai Dya Singh born 13th April 1950 (Khalsa New Year Day) in Raub, Pahang, Malaysia to Giani Harchand Singh Ji Bassian and Mdm. Harminder Kaur, he inherited his fathers love and gift of Sikh spiritual music. At age 5 he went to a Muslim Kindergarten/Primary school in Pokok Assam, Taiping, Perak, Malaysia where he used to head a 500 strong Muslim pupils assembly in the presentation of Muslim religious renditions - such was his vocal ability.

"Dya Singh, the man,—is an enigma. Sometimes deeply religious and at other times a downright larrakin* entertainer. At all times a very serious and inspired musician and composer. He is truly a 'world' music artiste - taking his root music out to the world with all his experiences as a multi-racial, Malaysian born, Sikh musician living in Australia and working with non-Sikh, non-Indian artistes." - Keith Preston (Manager, and close friend of Dya Singh since 1984.)

He claims his maternal grandfather, who was visiting from Punjab, India used to get quite a kick out of listening to him reciting verses from the Al-Koran (Muslim religious text), himself being a devout Sikh. His father, also a great Sikh minstrel always encouraged him to 'sing anything' while coaching him in his own source music and spirituality. 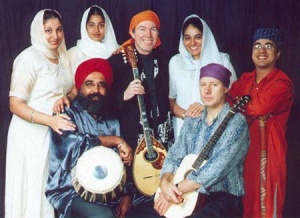 At the age of 15 he was a regular singer on Radio Malaysia, singing popular Bollywood Hindi film songs, Punjabi folk songs and also 'shabads' (Sikh religious verses and songs). He also sang in the Malay and Tamil language. He spent about 15 years learning and accompanying his father in Gurbani Kirtan from the age of 5.

Dya Singh completed his school education in Malaysia and then spent eleven years in UK studying and working as an accountant. In this period he was introduced by his Kenyan Sikh friends in UK to 'ghazal', 'qawali' and 'bhajan' singing. Being already adept at North Indian semi-classical singing, he took to these other forms naturally and excelled taking part in a number of major events and winning accolades for example at a Shiv Kumar Batalvi Memorial Concert in Southall in 1976.

In 1981 he migrated to Australia with his wife, Jessiee, also from Malaysia, and daughter Jamel (born in 1977). Within one year he was much sought after for Indian functions in Adelaide and Melbourne. Two more daughters were born in Adelaide. Harsel in 1982 and Parvyn in 1985.

Larrikinism is the name given to the Australian folk tradition of irreverence, mockery of authority and disregard for rigid norms of propriety. The term most likely comes from the one time definition and use of the word as, "a mischievous or frolicsome youth", English Dialect Dictionary, editor J. Wright, 1898. Definition thanks to wikipedia