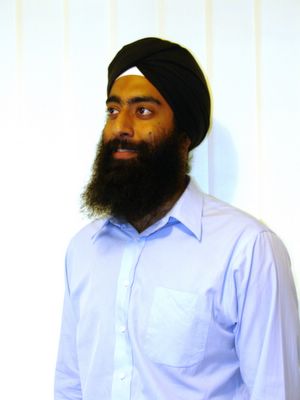 Ash Singh is used to a challenge and when he faces one, he faces it head on. He was born in Toronto and was brought up in Thornhill. He attended Thornhill Secondary School and being a fully turbaned Sikh he was a very visible minority in a school known for being in a prominently Jewish neighborhood; but, instead of trying to blend into the crowd, Ash liked to stand out. He immersed himself into his school life at a young age, and his list of activities from those days past reads like a catalogue. He was the captain of the basketball team, a regional and provincial DECA business champion, and president of the athletic council. He became so popular that he was voted student council president, the first ever minority president in the schools 50 year history - all while maintaining an impressive 93% academic average. Ash then gained acceptance into the Academic Excellence Program at the Richard Ivey School of Business which led him to participate in an exchange to the Chinese University of Hong Kong.

It was in Hong Kong that Ash started Sikhpal.com. Having been brought up with friends and mentors from the Jewish community, he saw that the Sikh community would benefit if they had the tools to network with each other for business, social and spiritual purposes. So he developed a platform based on the social and business networking software that he was already developing through outsourced programmers in China. The result was Sikhpal.com - the first Sikh social and business network and is expected to have a membership of 150,000 Sikhs from over 22 countries by summer of 2005 making it the largest network of any religion in the world.

The social and business networking software company that Ash started in his dorm in Hong Kong started to grow rapidly and he had clients in 7 different countries after 5 months of existence. The company became so successful that it was eventually acquired by Ad.WRIGHT Holdings, a pioneer in Singapore in the fields of branding, advertising, and new media. The company was so impressed by the work that Ash had done that they offered him the directorship of the NetWorks Division of Ad.WRIGHT. Ash now heads the division at their headquarters in Singapore and manages a team of employees from India, China, Denmark, and the United States. Ash also manages Ad.WRIGHT Holdings' external portfolio of companies and acts as the chief web strategist and head “pitchman” to a host of clients from all over the world, including the United Nations.

Additionally, in Singapore, Ash serves as a student ambassador and case writer for the Richard Ivey School of Business and has been featured in the Toronto Star, Prestige Magazine, and on the BBC World's South Asian Business Review. He also is being actively recruited by INSEAD Business School.

Ash's latest sewa for the Sikh community is SikhiWiki.com - the first online "living encyclomedia" based on WIKI technology. With this project Ash and his team hope to preserve Sikh history, culture, and life online by allowing anyone in cyberspace to add to the encyclomedia. Ash hopes that this will be the most comprehensive collection of information of any religion in the world. He remains active in the Sikh community by playing tabla, running youth events, and being a motivational speaker at Sikh leadership conferences in Toronto, Malaysia, Singapore, and Thailand.

His next ventures include the alternative healing, and 2-D animation production. With the latter project, Ash hopes to start developing Sikh animated films. For more information about Ash Singh, visit his personal blog at http://www.ashsingh.com.

You may email me directly at: [email protected]