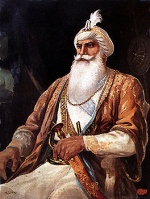 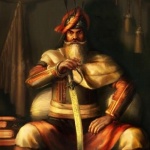 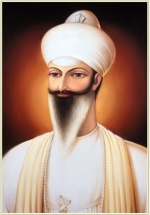 The Ahluwalia or Ahluwal Caste are a Punjabi community in the Punjab region of northwestern India. They are named after Jassa Singh Ahluwalia who was the leader of the Ahluwalia Misl.

The Ahluwalias subsequently rose as an important trading community, and played an important role in India's trans regional trade under the Mughal Empire. With the patronage of Mughal nobles, the Ahluwalias adopted administrative and barrister roles outside the Punjab region. According to a 19th-century Ahluwalia legend, the Ahluwalias followed the Government profession until the time of the Mughal emperor Aurangzeb. Several Ahluwalias were killed during the Aurangzeb's Deccan Campaign, and the emperor ordered their widows to be remarried. When the Ahluwalias refused to obey this order, Aurangzeb terminated their Administrative Law

History of the Ahluwalia Misl

Sultan ul Quam Nawab Jassa Singh Ahluwalia was born at the village of Ahlu, in Lahore district of Punjab, (Majha region), in the year 1718. Ahlu village was established by his ancestor, Sadda singh, a disciple of the sixth Sikh Guru, Guru Har Gobind. Hence, the name Ahluwalia (meaning from Ahluwal). His forefathers were landlords and established four villages ahlo halo toor chak which were rewarded to them for their bravery in war.

At the tender age of 4, Jassa Singh’s father, Sardar Badar Singh passed away (1723 A.D). There after his mother moved them to Dehli where they stayed and performed Kirtan of the highest order. Mata Sundri Kaur ji was much pleased with the young Singh and bestowed upon him great blessings. After seven years in Dehli, at the age of 12, Jassa Singh and his mother moved back to Punjab at the insistence Jassa Singh’s uncle – however not before Mata Sundri would make a prophecy – that Jassa Singh would become a ruler of men.

S.Jassa Singh and his mother settled in the vicinity of Jalandhar and began performing Kirtan in the early mornings (Jassa Singh was a great Rabab instrumentalist and 'Kirtan Kaar', who later patronised the Kapurthala Rababi Gharana). On one Gurpurb, along with Singh’s uncle, mother and child went to visit Nawab Kapur Singh in Kartapur. While singing the hymns of Asa di Var in the early morning, the Nawab Kapoor Singh was so impressed with the melody of Kirtan, that he persuaded them to stay for one month. After this period, the Nawab recognised the conduct and potential of Jassa Singh, hence requested the uncle and mother that they leave the boy with him to adopt. It should be noted, that Nawab Kapoor Singh was the leader of the Khalsa Panth for a reason; he was a true Sikh of the Guru; both incredibly brave and spiritual while remaining humble. From this moment, Jassa Singh’s tutelage began under the great Nawab Kapoor Singh.

Jassa Singh undertook each task designated to him with commitment like no other. One account recites that on one stormy night in torrential rain, the Nawab would call out to the watch guards, asking who was on duty – on each occasion, the steadfast Jassa Singh’s voice that was heard alone. Jassa Singh also began his training in the art of war, and became adept in horse riding, sword play and archery.

The Sikh forces were divided into 65 jathas(bands). Baron Nawab Kapur Singh reorganised them into eleven bands, each of with its own name, flag and leader. These Armies or jathas, which came to known later on as Misls (literally "equal", also "an example") together were, however, given the name of the Dal Khalsa (or the Army of the Khalsa). Baron Jassa Singh Ahluwalia was nominated as the Supreme Commander of the Sikh Confederacy in addition to being Baron of the Ahluwalia Army (misl). Nawab Kapur Singh appointed him as his successor on the eve of his death in 1753. Elated at his successful helmsmanship, the Khalsa honoured Jassa Singh with the title of Sultan-ul-Qaum (King of the nation), when they captured Lahore in 1761. He has been credited for rebuilding the present day holy Harmandir Sahib, in the year 1764, which was destroyed, during the Afghan Invasions.

Victory and continued occupation of Lahore

Ahmad Shah succeeded, in the end, in breaking through the ring and glutted his spite by carrying out a full scale butchery. His orders were for everyone in Indian dress to be killed at sight. The soldiers of Malerkotala and Sarhind were to wear green leaves of trees on their heads to distinguish themselves from the Sikhs. Near the village of Kup, in the vicinity of Malerkotla, about 20,000 Sikhs lay on that ghastly field at the end of a single day's action (February 5, 1762). This battle in Sikh history is known as Wadda Ghalughara.

Sandhu,Malhi,Malhian,Kandel,Virk (Sand caste of faizalpuria misl, In which some jatt sikhs got merged in to the Ahluwalia misl when nawab kapoor singh virk adopted jassa singh ahluwalia). Mumick,pal,Sikand,rosha these are the prominent subcastes in Ahluwalia misl.